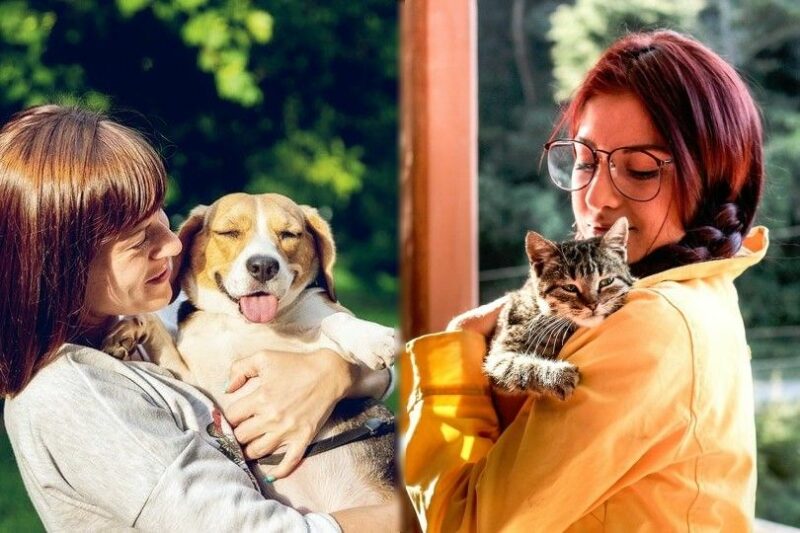 The fight between cat people and dog people has been going on for as long as we’ve been keeping both species as pets. Well, maybe calling it a “fight” isn’t right since it’s all in good fun, but many people feel very strongly about their preference for either cats or dogs.

Well, science has an answer for you.

Perhaps not surprisingly, cat people show a tendency to be more non-conformist than dog people, and they also show a preference for convenience over following the rules.

Obviously, these tendencies are mirrored in pet cats, who tend to be more interested in doing things their own way than in following the rules, and they are more likely to be non-conformist to the flow of things in the home.

Who Was Involved in This Study?

This information is primarily based on a survey that was distributed to 600 college students, so there is definitely a chance that a larger survey would show different results. Only surveying people that fall within such a small age group could have produced false results in this survey. It’s also important to note that college students are in a very specific life stage, which could also impact their responses on the survey and their preferences toward cats or dogs.

A survey of older or younger people would have the potential to elicit different results in the study. It’s also important to note that this was a generalized survey of 600 college students, but it was not a carefully monitored scientific study with control groups or a sterile environment in which the participants could be questioned without outside influence.

What Does It Mean?

When it comes down to it, all people are different, regardless of what type of pet they prefer. We’re all individuals, and a generalized survey of 600 people from a limited group definitely doesn’t reflect the results that might be seen in a proper scientific study. The results of this survey shouldn’t be taken as anything but fun information for the time being.

According to the survey performed by Carroll University in Wisconsin, cat people not only tend to be more intelligent than dog people, but also more open-minded and non-conformist. The survey was performed on a limited group of people within the same age group and similar life stages, which could have impacted the results of the survey.

You may also be interested in: Are Cat Owners Happier than Other People?

Brooke spent nine years as a veterinary assistant before becoming a human nurse in 2013. Brooke loves all animals and currently shares a home with three dogs, two cats, five fish, and two snails. She has a soft spot for special needs animals and has a three-legged senior dog and an internet-famous cat with acromegaly and cerebellar hypoplasia.  Brooke stays active with yoga and obtained her 200-hour yoga teacher certification in 2020, she also loves spending her free time researching and writing.

American Ringtails can also be known as the Ringtail Sing-a-Ling. They are a relatively new cat breed. The primary distinction…
Cat guides

If you are a cat owner, you’ll know how frustrating it can be when your cat poops or urinates anywhere…
Cat guides

Tabby refers to the line-markings and patterns on this feline’s distinctive coat, rather than a breed. There is a gene…