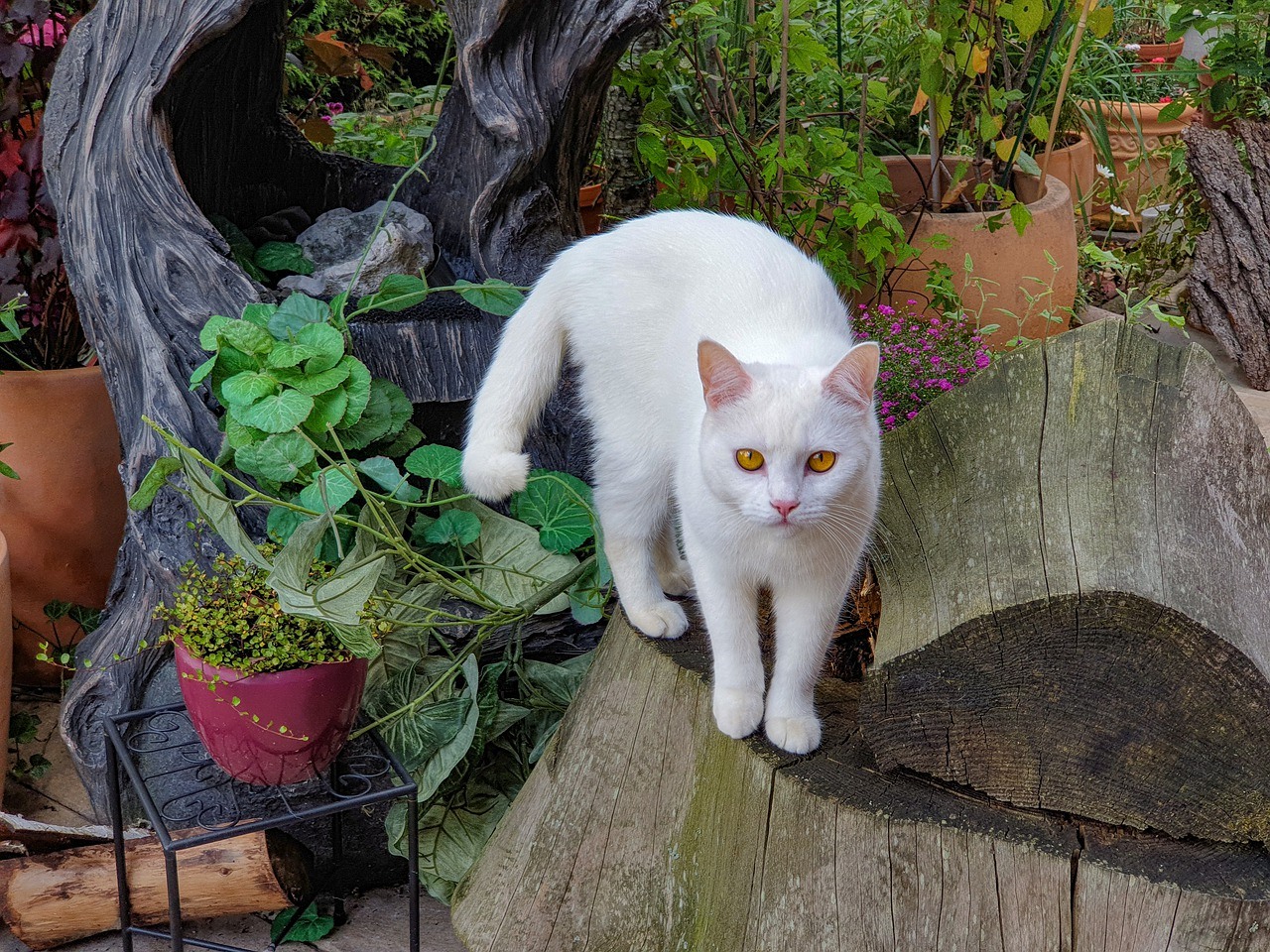 Dog people are usually drawn to the more outgoing and affectionate nature of canines while cat people tend to appreciate the smaller intricacies of quiet affection felines are traditionally known for.

But is there a way to get the best of both worlds? Are there cats out there that are more like dogs?

Here are 12 different cat breeds that may fool you into thinking they’re actually dogs.

The first cat that comes to mind when thinking of those that act like dogs is the Abyssian. And that’s because we’re just about positive they’re actually dogs trapped in a cat’s body.

They love to swim, play fetch, follow their owners around the house and are even easily leash trained. And just like many dog breeds, they’re prone to separation anxiety. So, if you have to leave them alone for longer periods of time often, you might want to opt for a more independent breed.

This hairless cat might be low on fur, but they’re chock full of bubbly personality. If you’re a Sphynx owner, I’m sure you noticed that they just love being the life of the party.

They’re friendly, playful, and deeply devoted to their owners. Don’t be surprised if you find your Sphynx following you around the house and wagging its tail in delight. This feline may be more dog than cat.

The Bombay cat is another dog in disguise. Like the Abyssian above, the Bombay is known to be easily leash trained — a quality quite uncommon in cats. They also love playing catch, and we recommend getting them a few small, soft balls to play with.

But if they don’t have their toys around or if they get bored of them, Bombay cats will actually invent their very own games to play to keep themselves and everyone around them entertained. They make great cats for first-     time cat owners more accustomed to dogs.

At first glance, you may actually mistake the Maine Coon for a dog. They’re among the biggest house cats, with males weighing up to 18 pounds. Not only that, but they’re deeply loyal and playful with their owners.

However, they may appear to be standoffish towards visitors and protective of their owners just like many dog breeds. Another note, due to their size and thick coats, the Maine Coon isn’t a low maintenance cat and requires special attention particularly when it comes to grooming.

Is there such a thing as a lap cat? If not, the Ragamuffin sure makes a strong case for there being one. They’re exceptionally sweet cats who absolutely adore their owners. They’ll follow you room to room and even greet you at the door.

And when the day is all said and done, they love nothing more than snuggling up with you in your lap on the couch.

The Birman is not afraid to get up and be all in your business — even if you don’t necessarily want them to all the time. They’re always ready to play and have no problems letting you know.

But they can actually be trained to follow commands — a trait which is relatively unheard of among other cat breeds. They’re great family cats for those with children due to their desire to be smothered with love and attention.

The American Curl cat is normally recognized by their trademark curled ears. But it’s their dog-like personality that ultimately steals the show. They’re super-inquisitive and energetic giving them a playful curiosity that’s all their own.

They’re also very attentive and will run to the window to examine passersby and other intruders like that pesky mailman.

Ragdoll cats are among the most commonly owned cats that act like dogs. They’re normally mild-mannered and relaxed, but when they want your attention, they’re not shy about getting it.

They absolutely just love spending time in their owner’s lap and will greet them at the door the moment they walk in. Ragdolls are also very open to others in the house including children, other cats, and even dogs!

We’re not totally convinced that the Manx isn’t actually a dog. This tailless feline does just about everything you’d imagine a pup to do. They follow commands very well and will even come running at the sound of their name or whistle.

They also exhibit other dog-like behaviors like burying toys, fetching, or carrying around objects—similar to a Labrador. And they have a seemingly endless supply of love and affection for their families.

The Chartreux is another cat that exhibits dog-like loyalty through their following of commands. They can learn their name very well and even play fetch with their owners.

Chartreux cats are also very lively and charming. They warm up to people quickly, and it’s not out of character for them to seek out your attention.

The Turkish Angora is no doubt another dog trapped inside a cat’s body. They’re extremely intelligent which lend to both their ability to respond to calls and incite clever mischief.

They also absolutely love to play—especially with children—and enjoy swimming! Turkish Angoras are a great family pet for busy homes. And you’ll often find them right in the middle of the action.

Rounding out our list is the exotic-looking Ocicat. These felines are extremely intelligent with the ability to be leash trained, follow voice commands, and even play fetch.

And unlike some cats, they’re eager to please. They’re highly devoted to their masters and will show the same affection towards their owners the same way a dog will.

Just because you’re a dog person doesn’t mean you can’t like cats. There’s a good possibility you just haven’t met the right one. If you’re interested in finding a more relatable cat, be sure to check out any of these breeds to locate your forever friend.