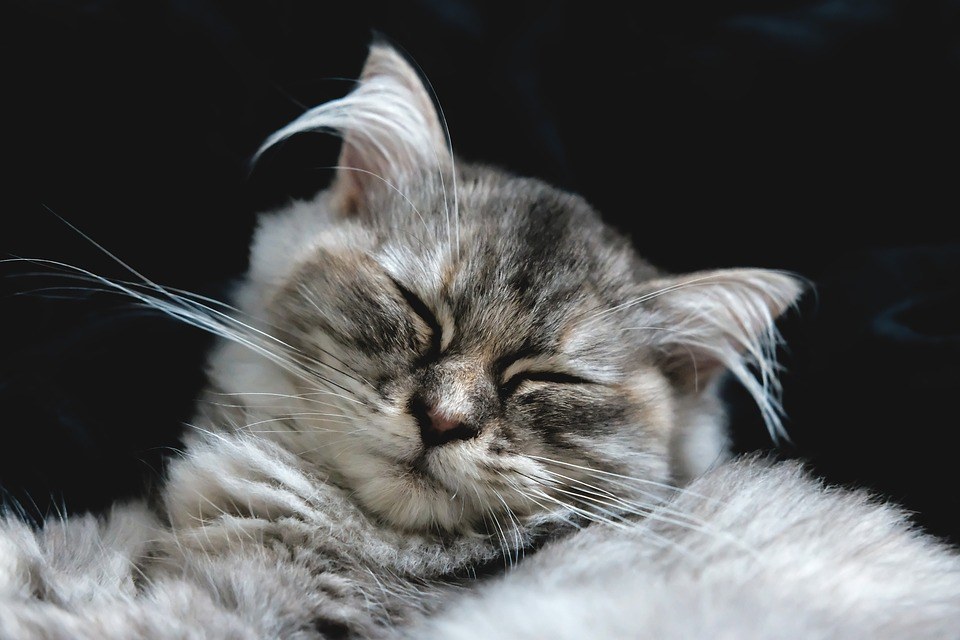 Modern domestic cats still resemble their ancestors in many ways, from leopard-like spotted coats to tiger-like stripes and large, lynx-like ears. But there exist a few breeds that defy convention, with short and often folded ears that are not only small but do not behave in the traditional way. Most cat’s ears will prick up when they are alert and slowly trace around like a satellite searching for a signal. Short-eared cats’ ears will often fold backward and tuck into a fluffy coat, making them appear even smaller. This unique trait is both rare and adorable, and we put together a list of seven different cat breeds that display this uncommon characteristic.

The Scottish fold has some of the most unique and distinctive ears of any cat breed, large or small. They have a genetic mutation that affects the cartilage throughout their body, causing the ears to fold forward. This makes their already small ears appear even smaller and gives them an owl-like appearance. There is a great deal of controversy around these cats, due to the variety of health issues that they are prone to, leading many people to call for a complete ban.

One look at this unique breed, and you can quickly guess where they get their name. The American Curl’s ears arc gently backward as opposed to the forward arc in most other cats. They originated due to a spontaneous mutation that was then selectively bred. Interestingly, the kittens are born with normal, upright ears, which then begin to curl after a couple of days. Their ears need to be handled carefully, as the ear cartilage can be easily damaged.

­­­­An experimental breed of cat, the Highlander comes from the crossing of a Desert Lynx and Jungle Cat. They are wild-looking cats, often with distinctive tufts of fur and a spotted coat. They also commonly have curled-back ears similar to the American Curl breed and the unique trait of polydactyl paws, which means they often have extra toes. Despite their wild appearance, they are friendly and gentle pets that uniquely among domestic cats, love water.

The long-haired and fluffy Persian’s coat serves to make their already small ears appear even smaller. They are also characterized by their round face and short muzzle, giving them a flat-faced appearance. The breed was ranked as the second most popular breed in the U.S. in 2015 and the most popular exotic breed. They come in a wide variety of colors and breed variants, all of which have comparatively short ears.

The Birman, also known as the sacred cat of Burma, is a large, stocky breed, typically with a long coat and pointed coloration. Their large, long body and short legs further accentuate the appearance of their already short ears. They are known for being especially loving and affectionate cats and have a mellow and docile temperament. The most striking aspect of these already beautiful cats is their sapphire blue eyes.

The Exotic Shorthair was developed to be a shorthaired version of the fluffy Persian. Indeed, they are similar to Persians in almost every way except for their short coat and their bigger, rounded head. The short coat and bigger head further accentuate their short ears, although not all Exotic Shorthairs are born with this trait. They are gentle and calm like Persians and do not like to be left alone for long periods, as they become attached to their owners.

These large and chunky felines do not typically have short ears, but their heavy bodies, dense, thick coat, and broad, round faces make their comparatively normal ears appear rather diminutive. They are characterized by their gorgeous, deep blue-grey coats and mesmerizing orange eyes. The origins of this breed can be traced as far back as the first century A.D., making them one of the oldest identifiable cat breeds. Their main claim to fame is as the inspiration for the Cheshire cat in the “Alice in Wonderland” books.