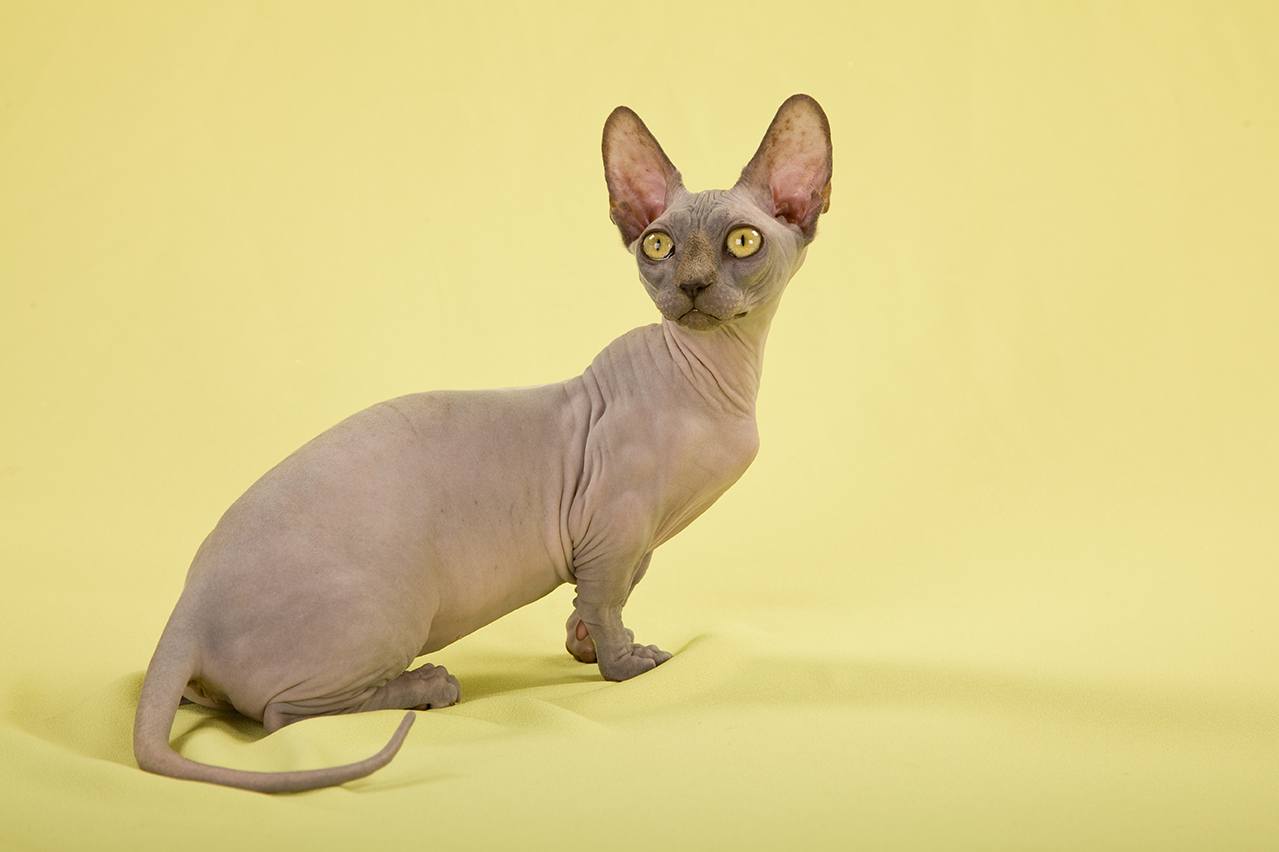 Is it possible to make a cat even more adorable? Just the thought of them playing and doing what kittens do best — i.e., mischief and goofiness — makes millions of people smile every single day. But what if you threw a Munchkin cat into the mix?

Munchkin cats are a relatively new breed classification of cats that have short legs (or other features) due to genetic mutation. However, these cats aren’t just adorable random occurrences. They’re specifically bred to be smaller. And in 1995, they were recognized by the International Cat Association.

Also known as Midget, Dwarf, or Sausage cats, these furry felines come in all shapes and sizes. They can have long hair, short hair, or even no hair at all! And Munchkins are separated out into three different size categories: standard, super short, and rug huggers.

But these miniature cats aren’t being maintained as a pure line. In fact, Munchkin cats are extremely popular breeding partners for other felines and produce some of the cutest little balls of fur you’ve ever seen.

Here is a list of some of the most popular Munchkin-hybrids out there:

Named after the infamous French leader Napoleon Bonaparte, the Napoleon cat was developed by crossbreeding the Munchkin cat with a long-haired Persian. At first glance, you’ll notice that they retain many of the Persian features including a full-round face, round eyes, long hair, and straight broad nose.

However, they keep the signature short legs that Munchkin cats are desired for. Despite their genetic deformity, they are relatively robust cats with their biggest health concern being polycystic kidney disease — an issue passed down from their Persian side.

These little buggers make great family cats due to their playful and loving nature.

Skookum cats are another Dwarf hybrid, but this time they’re crossed with the Curly LaPerm cat. The Skookum varies quite a bit when it comes to coat and color variations being either short or long haired.

However, there are a couple of traits they normally share. Their tails are uniquely long and plumed at their rounded tip, and their legs are normally different in length with front legs being short and more compact.

Like the Napoleon, these are great family cats due to their affection, intelligence and love to play.

The cute furry Lambkin is still considered an experimental breed and not recognized by many major cat organizations. Bred between a Munchkin and a Selkirk Rex, this little tyke has an explosive personality.

If you are considering getting a Lambkin, you’ll need to understand the challenges that come with them. They are extremely prone to spine and chest deformation and issues. However, choosing a reputable breeder can eliminate the development of future genetic problems.

Out of all of the Munchkin hybrids, the Kinkalow is among the rarest. It’s a cross between an American Curl cat and a Dwarf Munchkin. The Kinkalow is a super cute little rascal too.

They have the short legs of a Munchkin cat, the up-turned curled ear of the American Curl, and is followed by a long straight tail. The breed is also known for being very playful and kind-hearted, making them excellent family cats.

The Bambino truly is one of a kind. It’s a hairless short-legged breed deriving from Sphynx and Munchkin cat lineage. However, it’s the Bambino’s personality that really makes it special.

They love nothing more than running, jumping, and climbing! Even with their small stature and lack of fur, these little dudes are next to fearless and are extremely affectionate with their families.

The Dwelf cat is a complex hybrid breed pulling from three different breed lines: Sphynx, American Curl, and Dwarf Munchkin. It’s another hairless breed like the Bambino, but it has curly ears lending its “elf-like” appearance and namesake.

Their look may startle you a bit though, as they resemble what you’d imagine a housecat from outer space to look like. But if you’re looking to adopt this extremely unique cat, be sure to find a quality breeder.

This breed is known to have skeletal issues including lordosis and pectus excavatum.

If you’re truly looking for a miniature cat, the Minskin cat may be exactly the breed for you. Another complex hybrid (Sphynx, Devon Rex, Burmese, and Munchkin), this little fella can come either with a coat of fur or hairless.

The best way to tell this breed apart from others is its extremely diminutive size and that its tail is often much longer than its body. And despite its size, this cat has very little health problems.

They will, however, need weekly grooming — particularly if they’re hairless. Hairless cats should be subjected to weekly bathing with mild and non-abrasive soap.

Munchkin cats and their hybrids are still relatively new to the breeding game with more and more breeders developing platforms. And although these cats result from intense breeding regiments, they’ve been known to have few health problems — barring inherited conditions or joint issues.

This, coupled with the fact that they’re often loving, playful, and downright adorable, probably means that we’ll be seeing a lot more of these short-legged hybrids running around in the near future.