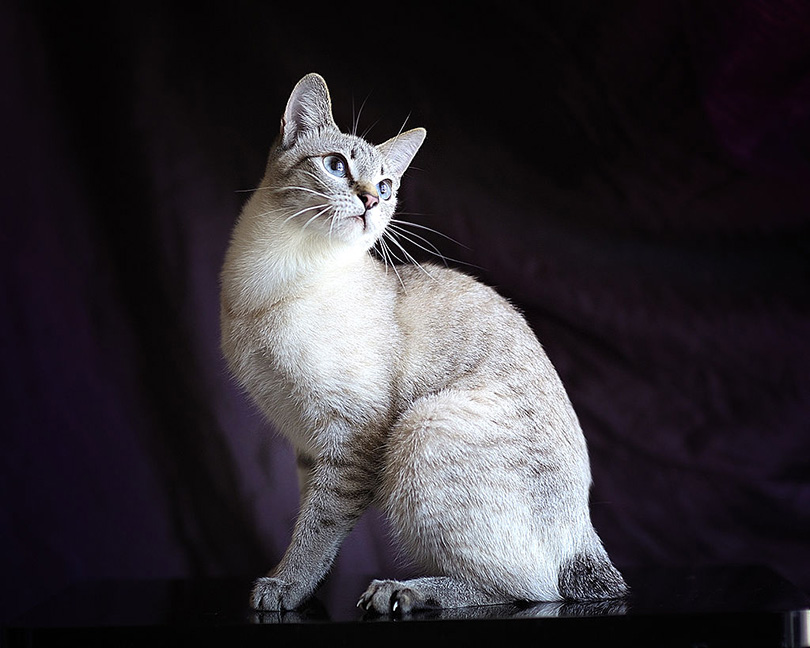 Are you considering buying or adopting a bobtail cat? Long on love but short on tails, domestic bobtail cats have become increasingly popular in the United States. In fact, the Cat Fancier Association, Inc., The International Cat Association, and The American Cat Fancier are three American cat registries that recognize numerous short-tailed felines.

If you’re in the market for a short-tailed kitty cat, here are the top 10 cat breeds with uniquely short tails.

Originating in the early 1960s this American breed is one of the largest in the world, tipping the scale at up to 13 pounds! Despite his wildcat looks, the American Bobtail is a big baby and loves to cuddle on the couch or lay in your lap. His distinct look is topped off with lynx-like ears, toe tufts, and crazy mutton-chop cheeks.

This unique breed of cat comes from the Isle of Man situated between Ireland and Great Britain. Her shortened tail is actually due to a naturally occurring mutation. Some Manx cats can have no tail at all. A ship’s cat breed, Manx cats are known for their superb ratting skills. They come in a myriad of colors and coat patterns, including brown, black, and tri-colored.

While some folks consider the Cymric just a long-haired version of the Manx, this stubbed-tail feline has a dynamic history. Her name comes from the Welsh word “Cymru,” and though her bloodline has been traced back to the Isle of Man, Canada has long claimed they developed this unique cat.

A fairly new breed, the Pixie Bobcat can be traced to the mid-1980s in a small town called Mount Baker, Washington. Greatly resembling the American Bobcat, this cutie is known for his bushy brows and deeply set, heavily hooded eyes. They are recognized by the TICA and the ACFA and are sweet and affectionate with almost every other person and pet.

If you’re on the hunt for a truly wild looking cat, the Highlander Cat may be purr-fect for you! This experimental breed is the result of a deliberate cross between the Desert Lynx and the Jungle Curl, both also recently developed. Growing to be between 10 and 20 pounds, these felines are playful, confident, and easygoing. Don’t let their big cat look scare you off! This breed is extremely people-oriented.

Originally from Thailand, this beauty was named after the Mekong River. Developed as a Russian breed and recognized by the World Cat Federation in 2004, the Mekong Bobtail cat was considered royal felines by 19th-century emperors in Russia. They have gorgeous blue-hued coats with distinct point colors on their paws, faces, and ear tips. Additionally, they can have icy blue eyes.

This adorable little fur-ball’s tail more closely resembles that of a rabbit’s instead of a short-tailed cat. Native to Southeast Asia and Japan, the Japanese Bobtail cat has been around for more than 1,000 years. Appearing in traditional Japanese art and folklore, this cat is considered a good-luck charm if she has one paw raised.

A big, fluffy boy, the Kurilian Bobtail cat originated in the Kuril Islands off the eastern coast of Russia. Recognized by The International Cat Association as an “Advanced New Breed,” the Kurilian Bobtail has a kinked, short pom-pom tail due to a natural mutation. They can grow to be as big as 10 pounds and are excellent jumpers.

Originating in the United States, these cats are one of the newest breeds to hit the bobtailed cat market. They can weigh anywhere from six to nine pounds and look like the American Bobcat, with scruffy paws and exotic markings. They are recognized by the Rare and Exotic Feline Registry.

Also know as a Caracal, the Desert Lynx is another newly developed American cat breed. Their most distinctive feature is their large, tapering ears that boast five centimeters of tuft and black fur.

While some folks think that these aforementioned cat breeds have purposefully docked tails, all of these short-tailed cat’s stubby tails come from some sort of genetic mutation. What they lack in tail length these kitties more than makeup for in love and loyalty.

If you’re seeking a unique cat breed, consider getting one of these stubby tailed felines!