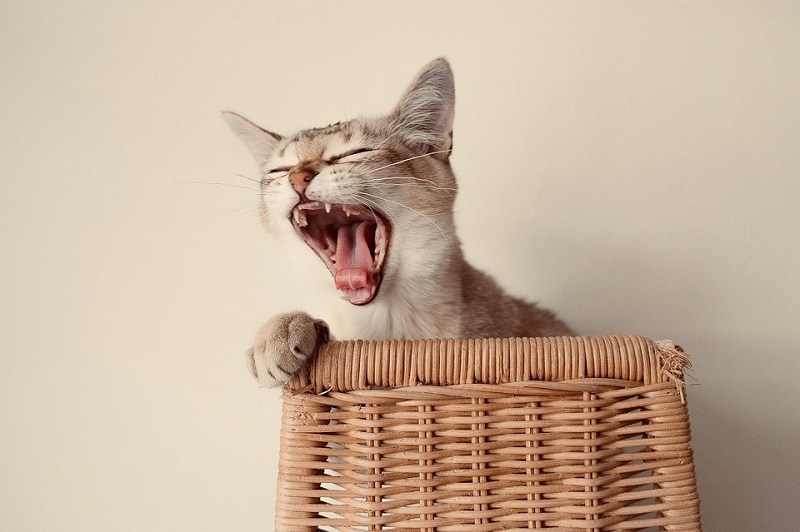 Most domestic cats have an average lifespan of around 15 years, with some living beyond 30 years in rare cases. These long lifespans are due to many reasons, including diet and genetics, but overall, a healthy, well-raised cat will generally live between 12 and 15 years old.

Some breeds naturally live shorter lives, however, no matter their diet and environment. Cats come in a massive variety of shapes, colors, and sizes, and different cat breeds have widely differing lifespans. While your cat’s lifespan is far more affected by their diet, lifestyle, environment, and diseases, genetics can play a large role too.

Every breed of cat is different, and we put together this list of 12 breeds that on average, have comparatively shorter lifespans than others.

While it is difficult to define what exactly constitutes an indoor cat or an outdoor cat, most vets agree that it is more beneficial to keep cats indoors.

An indoor lifestyle is much safer for cats, preventing them from getting injured by cars or other animals or potentially getting ill. Your cat can still get adequate exercise living indoors with a cat tree or steady supply of toys, they can still get plenty of sunshine and fresh air from a screened porch, and you can even train your cat to walk with a leash.

The average life expectancy of indoor cats is far higher than outdoor cats, as are cats that are crossbred versus purebred. In general, indoor cats can live up to 20 years or more in some cases, while an outdoor cat’s life expectancy may be less than 10 due to the environmental risks. According to one study, the highest cause of mortality in over 4,000 cats was trauma from outdoor activity.

Your cat being overweight can also dramatically reduce their life expectancy, with some estimates as high as a 6-month reduction in lifespan for every extra 2 pounds they put on.

The Abyssinian is a shorthaired breed of domestic cat with a distinctive “ticked” coat. The breed is thought to have originated in Abyssinia, now called Ethiopia, and is widely believed to be one of the oldest breeds of domestic cats around. This cat is one of the top five most popular breeds in the world due to its dog-like characteristics. Abyssinians can live for 9-14 years but are susceptible to several genetic diseases that may reduce this number to 6 or 7 years.

The American Wirehair originated in upstate New York and was the result of a spontaneous mutation of an American Shorthair. They are similar to shorthairs but have a distinctively wiry, springy coat, with a sturdy build and round heads. These cats are gentle, reserved, and quiet animals in general but love to play and interact with their owners. They are a fairly rare breed and have an average lifespan of 7-12 years.

The Bengal was created by combining domestic cats, mainly the Egyptian Mau, with the Asian Leopard cat. They retain a wild appearance with distinctive leopard-like spots, rosettes, arrowheads, and marbling. These are highly energetic animals that need a ton of playtime, so they ideally have a partner to play with. Atypically for cats, these animals love to play in water, and they also love to be up high, a nod to their wild heritage. On average, Bengals have a lifespan of 10-14 years.

Originating in the United Kingdom in the early 1980s, the Burmilla was developed from a Chinchilla Persian and a Burmese. They are medium-sized cats with slender bodies, rounded ears, and a distinguishing sparkling silver coat. They are fairly independent animals but stay kitten-like into adulthood, being playful, curious, and affectionate with their owners. These cats have a lifespan of around 7-12 years.

Bred to resemble wild cats, the California Spangled looks distinctly leopard-like with its spotted coat and lean, muscular body. They may appear wild, but the California Spangled is anything but: They are particularly affectionate and form strong bonds with their owners. They are docile, gentle, and loving cats that are fond of both children and other pets. These cats have a life expectancy of 10-12 years.

The Cornish Rex is unique in that the breed has no hair except for a downy undercoat. They are highly prone to hair loss and often go bald over large parts of their body. This fine coat makes them ideally suited for indoor living in warm climates, and they are highly sensitive to cold temperatures. They tend to stay playful and kitten-like into adulthood and have a life expectancy of 10-14 years, though some have been known to live longer.

The Cymric is similar to the Manx breed, and some cat registries consider the Cymric as simply a longhaired version of the Manx. Other than their long coat, the two breeds are the same in every other respect, including some being born without a tail. They are muscular, compact cats with large eyes and widely spaced ears. They are affectionate and playful and love being around humans. These cats have an average lifespan of 8-14 years.

The Devon Rex breed is most recognizable by their large, oversized ears and big round eyes. They are active and playful cats that are often described as mischievous and love to be around people. They have a dog-like personality and often attach themselves to a single member of the family, and they love to be in high places, observing the goings-on in the home. These cats have an average lifespan of 9-14 years.

The German Rex is a loving, affectionate cat that forms tight bonds with their owners. They are medium cats but appear larger than average due to their long legs. These cats are highly athletic and love to play. They have an unusual coat with no guard hairs, and their coat is short and silky and often has natural curls. The most defining characteristic of the breed is their oversized eyes, which appear too large for their head. They have an average life expectancy of 9-14 years.

The defining characteristic of the Japanese Bobtail is their unusual curled-in tail that resembles a rabbit’s tail more than a cat. They are an ancient breed that has been around in their native Japan for centuries, frequently appearing traditional art and folklore. The predominantly white color variations are favored in Japan, but the breed can appear in almost any color. They are generally active and social cats that love to be around humans and typically live for 9-15 years.

One of the smallest breeds of domestic cats, the Singapura is most recognized by their large eyes and ears and brown “ticked” coat. These tiny cats only reach about 8 pounds in weight and have a short and fine coat with alternating light bands of color. They are active, curious, playful, and affectionate cats that love human interaction. Typically, they have a life expectancy of 10-15 years.

Hailing from eastern Kenya, the Sokoke cat is named after the Arabuko Sokoke National Forest where the foundation stock for the breed was first obtained. These cats are thin and slender with long back legs and short front legs, similar to wildcats. They have long ears that also resemble a wildcat, with a short and coarse coat that closely resembles the colors and patterns of tabby cats. These cats are highly active, love to climb, and bond strongly with their owners. The Sokoke cat has an average life expectancy of 9-15 years.

If you have a tuxedo cat in your home, chances are you often find yourself in complete amazement at many…
The category

Why Are My Cat’s Ears Hot? Everything You Need to Know!

You may find yourself petting your beloved kitty, only to feel that their ears are abnormally hot. This can be…
The category

Why Is My Cat Sneezing? 8 Reasons Behind the Behavior

Cats do all sorts of weird things. They’ll run around the house at 2 a.m., chasing nothing in particular. They’ll…