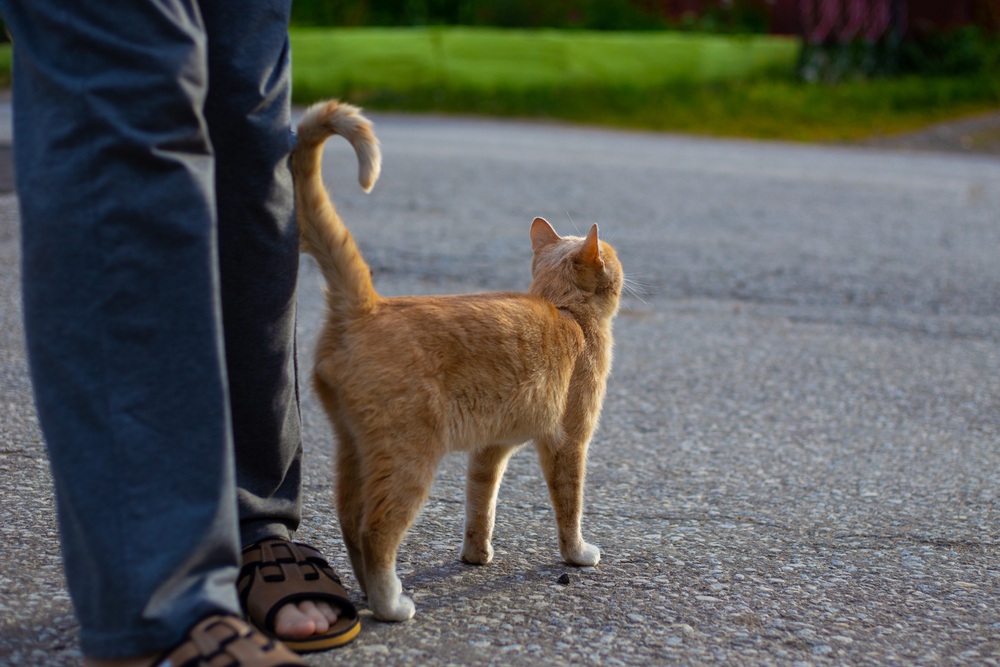 Our cats usually act in any way they see fit. They have no trouble using body language as a means of communication. No matter if they’re totally annoyed or having a grand old time, they wear their emotions on their sleeve, figuratively.

If you see a cat—pupils wide, laying on its back, claws out, and tail flopping—you might know well they plan a secret attack. Or if you see your wide-eyed kitty coming up to rub on your legs, you know they’re in a terrific mood. But specifically, what does the tail tell you? Let’s discover tail positions and other cues to see just what felines are feeling.

Sometimes, your cat can shoot you a look without even moving their head—and you know exactly what they’re saying. Kitties have big personalities. One of the greatest pet peeves about cats for most non-cat people is that cats require consent for every action.

Most dogs are happy with any shred of attention they get, taking every opportunity to steal affection. Cats want to play, cuddle, and have space on their terms. If they don’t want to participate in something, they just don’t. You need to have permission from a cat—and some people don’t jive with that.

The truth is, they are drastically different creatures from common canines. Their body language tells all. When they’re fed up, feeling friendly, or downright furious, they combine both visual and audible clues—giving whoever is on the receiving end plenty of warning.

And they don’t cut anyone a break—master, fellow felines, and other creatures alike. We have to give them credit. They don’t fake it for show.

Below are various tail positionings that will help you distinguish just what’s going on in your little kitty’s mind.

When your cat comes up to you, their tail might be fully up with the tip bent. It may be accompanied by friendly meows, especially if they just spotted you. This is a sweet way of saying hello to their human, usually accompanied by demands for back scratches.

Their ears should be perky and upright with no tense energy. This is a very amiable pose, showing that the cat is calm, happy, and looking for attention. Some cats welcome newcomers this way, while others reserve this behavior for the people they love.

You might see your cat waltz into the room like this a lot. It’s a very frequent expression in the kitty world. Since it signals happiness, the more you see it—the better.

Your cat has spotted something, but they aren’t quite sure what’s going on. Is it a piece of thread moving next to a vent? Is it a bird lingering in the window? Regardless of what it is, your cat is hot on the trail and nothing will slip their sights.

In this clip, you can see that the cute kitty spotted something of interest out the door. She’s focused, curious, and involved in whatever is going on—and she’s probably content as can be. She’s obviously playfully curious and very entertained.

Notice how her ears are perked up and her reflexes are on point. As she waves her tail excitedly, you see her head bobbing back and forth to keep whatever has her attention right in her line of vision.

We all know this mode—It’s like a trance. Everything on your cat is perfectly still except the long, winding tail moving ever-so-gracefully. Then, with little warning, they pounce. Some kitties are gentle about it while others come with murder mittens out.

As you can see, this kitty is super interested in the little rat. He’s not being aggressive, but his body is in play-mode. He’s not taking his eyes off the rat and keeps pouncing toward him—but it’s all in good fun. Well, for the cat, at least.

The rat, oppositely, does not seem to be having a good time. He thinks he’s fighting for his life, but this cat doesn’t have any interest in harming the little guy. That isn’t the case with all cats. Even some kitties who just want to play could harm smaller creatures.

4. That Freaks Me Out: Tail Out, Hair Puffed

Here’s the classic Halloween pose. Is there a new cat around or some scary mask on their human’s face? Whatever is going on, your cat is freaking out about it! Something caught them totally off guard and they’re ready to act if they need to.

Their bodies usually tense up, backs arch, and the tail fluffs out like you shoved their toe bean in a light socket. You may hear lots of growls and hisses with their ears flat to their heads. There’s no mistaking the message here.

Some cats get spooked and run for their life. Others will keep their eyes on whatever the scary thing is to see if they need to defend themselves.

Cautious, slow whipping of the tail, usually in unison with irritated growls or groaning. Their ears are laid down, their pupils are huge. They might hiss every few minutes, or make other scary noises. It might even be humorous to hear it (depending on what is provoking the cat, of course).

They aren’t at all happy with something—and they let you know to step down. Whether this is a warning that they aren’t in the mood for the dog, or the kids are giving them a hard time—this is a sign to quit pestering, or someone’s going to get the claws!

It’s always best to respect your cat’s boundaries when they show you these cues. If you continue to mess with a cat when they’re truly perturbed, they can develop some bad behaviors that can lead to bigger trouble. But every cat feels this way from time to time—and that’s normal.

6. Eek! Back Off: Ears Back, Tail Flicking

As you can see from the video, these cats aren’t pleased—and they surely aren’t quiet about it. There is so much energy happening. All cat owners know just how intense cats can be, especially when they fight each other.

Everything about both cat’s body language screams, “back off!” The high pitch vocalizations are showing up the other cat—daring it to make the first move. Both cats have their ears drawn back, inching closer to the other. They both mean business.

It’s so funny to hear the wicked vocalizations cats can spout off when they’re ready to fight. This situation is clearly territorial. They might both be tomcats, or strays, who don’t appreciate that other creature on their turf.

7. I’m So Happy I Can’t Control My Tail: Upright, Shaking

Now, tail shaking can tell a few tales, so it’s important to tell the distinction. While a tail quiver could mean they are so excited they can’t control it, it’s also something that happens when they release their dreaded spray.

Males and females are capable of spraying and they usually start the behavior at sexual maturity—around 6 months. But if this isn’t the case, tail shaking can mean that they are so very happy and enthusiastic that their tail won’t quit.

This cat in the video, though, isn’t spraying at all. Rather, this is a gesture that he’s super excited to see the person filming. If your cat shakes like this, there is nothing wrong at all. It’s just another cute clue that they’re feeling a little overzealous.

So, if you had any concerns or curiosities about your cat’s tail, hopefully, we cleared it up for you. Felines might be one of the most entertaining domesticated animals because of their weird quirks and noteworthy character.

It can be a little tricky trying to figure out what your cats are trying to say sometimes. But if you observe the big picture, you should quickly be able to figure it out. 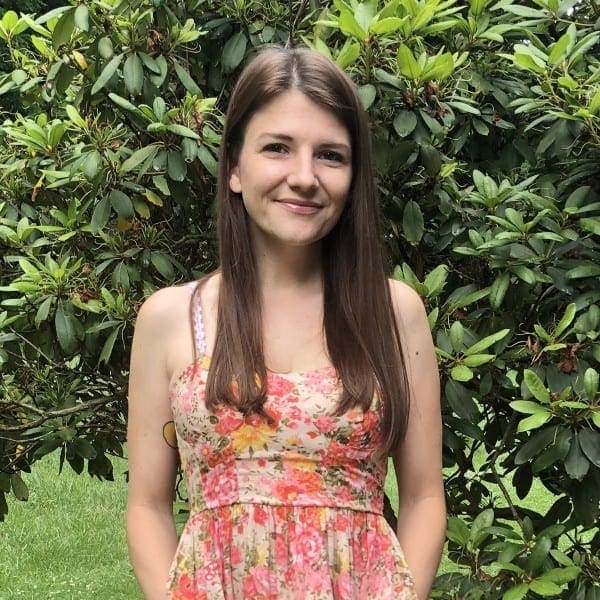 Ashley Bates is a freelance dog writer and pet enthusiast who is currently studying the art of animal therapy. A mother to four human children— and 23 furry and feathery kids, too – Ashley volunteers at local shelters, advocates for animal well-being, and rescues every creature she finds. Her mission is to create awareness, education, and entertainment about pets to prevent homelessness. Her specialties are cats and dogs.

The Kao Manee is a rare breed of white cat from Thailand. Its line goes back hundreds of years, and…
The category

Our beloved cats scratch for all sorts of reasons, so it makes perfect sense to make sure you have at…
The category

Are you considering buying or adopting a bobtail cat? Long on love but short on tails, domestic bobtail cats have…