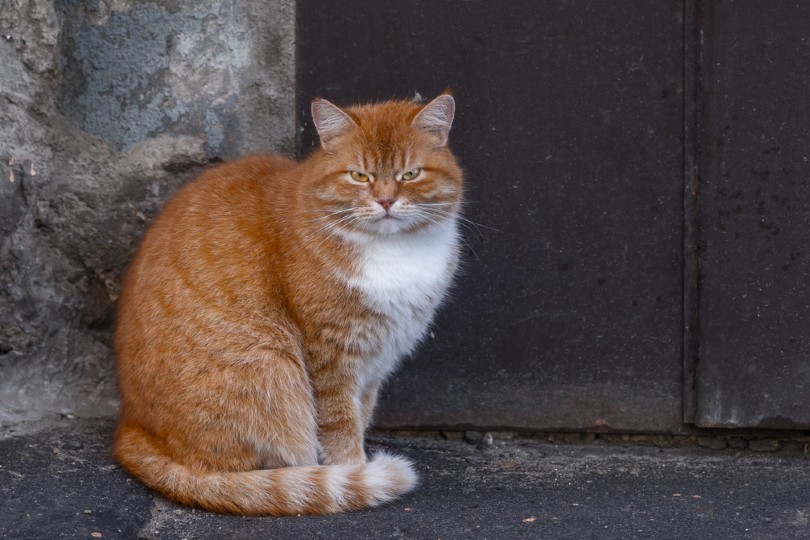 The Cymric cat has been the subject of legend ever since it appeared on the Isle of Man many centuries back. Countless stories have been spun around to explain its lack of a tail. But the most interesting one claims the cat lost its tail when Noah accidentally cut it off when closing the door to the ark.

Many people may think the Cymric is a new breed because it was considered a longhaired version of the Manx cat for many years. In reality, it has been around just as long as the Manx but only started gaining recognition in the mid-1970s.

The Canadian Cat Association was the first to grant the Cymric championship status in 1976. Others followed suit gradually. Today, nearly all major cat associations recognize it as a separate breed. But the Cat Fanciers’ Association changed its name to “Longhaired Manx” in 1994.

Save the long hair, a Cymric is similar to the Manx in every way, but it is the breed’s unique features that set it apart. Is the Cymric the right pet for you? Read on to learn more about this fascinating breed.

Cymric Cat Kittens – Before You Buy

What’s the Price of Cymric Kittens?

If you are considering buying a Cymric kitten, it is safe to purchase the feline from a reputable breeder. This will allow you to verify the puppy’s health information before purchasing.

A healthy purebred Cymric kitten costs around $300 to $600 depending on the lineage and breeder. Alternatively, you can choose to adopt one from a shelter or rescue for around $75 to $150.

3 Little-Known Facts About the Cymric Cat

1. The Cat is Known for its Round Features

Almost everything about the Cymric is round. They have a round head, large round eyes, and a rounded rear end.

2. Not All Cymric Cats are Completely Tailless

Interestingly, most Cymric cats are not entirely tailless. Those with no tail at all are referred to as “rumpy.” While those with three vertebrae attached to the end of the spine are called “rumpy risers.” Others have a shorter tail than normal and are dubbed stumpy. But there are still some with full-length tails called “longies.”

3. They Come in Many Colors and Patterns

Except for lavender, chocolate, tabby, pointed, or a combination of any of these with white, Cymric cats are available in many colors.

Temperament & Intelligence of the Cymric Cat

Originally bred as mousers, Cymric cats still possess their hunting instincts and will growl threateningly or attack when they sense anything out of the ordinary. But when there is no danger present, the feline is as cool as a cucumber—it never gets upset about anything.

Despite its placid nature, this Cymric is quite active. It is very playful and will follow you around the house. When relaxing, it will nap peacefully on your lap or curl up nearby where it can keep an eye on you.

A Cymric is an intelligent cat who is always ready to learn new tricks. You can teach them to fetch and come, and they will quickly learn how to open doors with their paws. If you set boundaries, they will be willing to accept your wishes, especially if you offer them an acceptable alternative.

The Cymric is people-oriented and craves plenty of time and attention. It also loves to meet new people and will greet them with a cheek rub or a slight headbutt. But it is its laid-back attitude and affectionate nature that makes it the perfect family pet. If you have children living in the house, it will get along with them when they treat it politely and with respect.

A Cymric will get along with other pets in the house, including dogs. Its gentle disposition does not allow it to get into trouble often. And it will choose to socialize rather than quarrel with other pets. You can even teach it to leave fish and birds alone. However, you are advised to introduce other pets slowly and from a young age to give them time to get along.

Things to Know When Owning a Cymric Cat

A cat without a tail is as unique as it gets, but can you handle it? The following are things you should know about the Cymric if you are considering buying one.

Cat obesity is at an all-time high and has been linked to health issues such as heart disease, diabetes, and arthritis. Therefore, it is imperative to restrict your furry friend’s diet to only 2-3 meals a day. Sticking to the scheduled mealtime is the only way to keep the cat lean and to avoid weight-related issues.

Cymric cats are at a high risk of being obese since they love to eat. Leaving food out all day will encourage overfeeding and could lead to weight gain. If you aren’t sure about what to feed your Cymric, ask your breeder or vet to prescribe the best food for your cat.

Cymric cats are naturally playful and love to run and jump around, so getting them to exercise should be fairly easy. You can encourage playing by buying them a variety of fun toys such as cat scratchers, feather wands, and cat towers. You can also make things more interesting by participating in the play. For instance, you could teach them how to play catch.

Apart from helping keep obesity at bay, play can provide a lot of opportunities for bonding. However, ensure your pet stays indoors to protect them from dangers such as car accidents and hostile animals.

Being very intelligent, a Cymric is easy to train. Other than opening doors with its paws (which it can learn on its own), you can teach it how to fetch and retrieve, among other tricks. If you train it early, it can even learn to walk on a leash.

Most importantly, you can train the Cymric to respect your boundaries. If you tell them not to jump on the counter or not to scratch your sofa, they will happily oblige as long as you provide an alternative.

The Cymric has a thick double coat that feels silky and glossy. Due to the coat’s thickness, you need to brush it daily to remove excess hair and build-up. Brushing their teeth daily will help prevent gum and teeth infections, but once a week is a good start.

You should also wipe the build-up that might appear at the corner of their eyes and check the ears often for any dirt or wax build-up.  Avoid using a cotton swab when cleaning the ears, as this can cause damage. Instead, use a damp cloth. Also, remember to use a separate cloth when wiping the eyes to avoid spreading infections.

Like other cats, a Cymric is sensitive about their bathroom hygiene. Therefore, ensure the litter box is spotlessly clean at all times. Otherwise, the cat will choose another cleaner spot to do their business.

When healthy, a Cymric can live for up to 14 years. Keeping your cat indoors will protect the pet from potential dangers and ensure they get to live that long. However, no amount of indoor time can protect the Cymric from the health issues related to the breed.

While the absence of a tail is what makes this breed unique, it is also the cause of some spine-related health issues referred to as Manx syndrome. Some of the health complications associated with the syndrome include Spina bifida, constipation, urinary and fecal inconsistencies, and partial paralysis of the hind limbs.

Other common diseases that affect this breed are arthritis and corneal dystrophy—a cloudy build-up that forms on the cornea. As with all cats, the Cymric also needs parasite control, vaccinations, and regular vet check-ups.

The physical build and personality between the sexes of this breed are very similar. Behavioral differences are most pronounced in those cats who have not been fixed, and spaying or neutering can go a long way towards curbing some unwanted habits like spraying.

The Cymric is a calm, affectionate, and intelligent cat. If you crave some feline attention, this breed is a master at displaying affection. It will follow you around, sit on your lap, and even conversate with you in their sweet, trilling voice. The cat is also smart enough to understand and follow commands, and their calm nature makes them a children-friendly pet.

However, a Cymric is not for everyone. For starters, it needs a lot of care and attention since it is people-oriented. Additionally, the breed is plagued by various health complications. The gene responsible for the tail’s absence also causes serious health problems. If you love this tailless feline, it is recommended that you buy an older kitten (preferably more than 6 months old) since signs of illness don’t appear in younger kittens.

People love to joke that cats domesticated us and not the other way around, owing to their exceptionally independent nature.…
The category

Cats are objectively hilarious creatures with outsized attitudes and adorable faces. So what could be more entertaining than a great…
The category

If your cat has recently been diagnosed with chronic kidney disease or kidney failure, you might be thinking of ways…