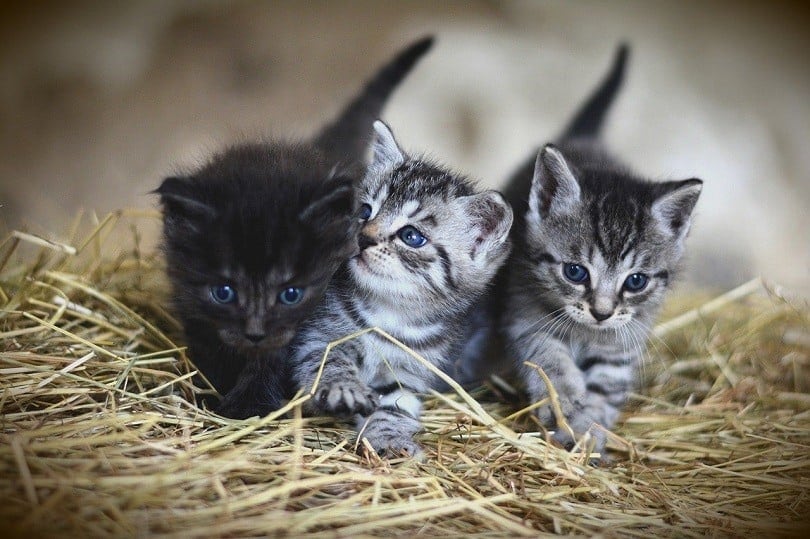 There’s nothing more precious than a litter of newborn kittens. Watching them climb and crawl all over each other as they seek out their mother is a truly wondrous sight to behold.

Unfortunately, though, cats don’t always plan their lives around what we want. Sometimes, an expectant mama cat will run off and hide before giving birth, making it extremely difficult to find where they stashed the litter.

This is especially true if the cat spends a great deal of time outside or if you’re tending to a stray. However, just because you don’t know where the babies are doesn’t mean you can’t find them — and we can show you a few tricks for doing just that.

While we’ve acknowledged how adorable kittens are, each litter can be something of a disaster given how many cats are languishing in shelters. That’s why it’s so vitally important that you spay and neuter your cats, especially if they’re going to be allowed outside.

We understand that it’s not always possible, especially if you’re dealing with strays. Also, not everyone has the money to pay for pet surgeries.

However, many charitable organizations can help with free or low-cost operations, so be sure to look into those if money is tight. Also, if you can scoop up one of those strays and get it fixed, you’ll be doing the world — and that cat’s kittens — a huge service.

Now, let’s find out the best ways to find a lost litter.

Every tip on this list will basically boil down to putting yourself in a cat’s shoes (so to speak) and asking yourself how a feline would behave in this situation.

Cats are instinctive animals and love to find safe, hidden spots to curl up in before giving birth. This allows them to protect their newborns from predators, especially since the mother will likely be too exhausted to put up much of a fight.

Of course, you’re not a predator, so these instincts will actually work against the cat. Still, you should be on the lookout for warm, secluded spots that would make great hiding places.

These spots are usually well off the beaten path too. The cat doesn’t want foot traffic around because that means a predator could easily stumble across her nest accidentally. She’ll want someplace that’s quiet and secluded.

2. An Ounce of Prevention Is Worth a Pound of Cure

With the above in mind, one of the best ways to avoid losing a litter of kittens is to create the perfect birthing spot for your cat.

Set up a nest in a quiet, secluded area, and make it as comfortable as possible. Put a soft blanket in a box so she knows that she can keep her babies warm, and make sure that no one else enters the room.

If you can offer your cat a prime delivery space, she’ll be much less likely to slink off someplace remote.

3. Be Sure She’s Actually Given Birth

There are a few telltale signs that a pregnant cat has had her litter. The most obvious is if she’s noticeably thinner or if her mammary glands are leaking milk or otherwise showing signs of being used.

Of course, some cats hide their pregnancies well, especially if they’re malnourished, so this isn’t always easy. So, unless you’re absolutely certain that the babies have been born, you could waste time on a wild goose chase.

This is the most effective way to track down those kittens. Most mothers won’t venture far away from their new brood, so if you see the mom, you can follow her to see if she leads you to her offspring.

Of course, if the cat trusts you, she may be proud to show off her new family, so this part may be easy. If not, you’ll have to be as sneaky as possible in trailing her. A good pair of binoculars can be invaluable for following her from a safe distance.

The only reason that a mother will leave her kittens is to find food, so you may be able to expedite the process by offering her something to eat. She should take it and immediately try to return to her babies.

If she shows no signs of urgency, she may not have given birth yet — or the kittens may not have survived. In that case, consider taking her to the vet to try to see what’s going on.

Also, be careful about jumping to conclusions if you see the cat carrying a kitten. While this may mean the mother is moving her litter, she could also be culling a sick kitten, in which case watching her won’t help you track down the rest of the babies (though you can try to help the kitten).

5. Where to Look Indoors

If you suddenly can’t find your indoor cat or her kittens, there are a few places that you should look first. All these locations are assuming your cat can’t get outdoors, though, so keep that in mind.

Closets and underneath beds are two of the most likely spots. These places usually have clothes or other fabric that can be used for warmth, and they’re generally low-traffic areas.

Any enclosed space is appealing as well. This includes drawers, cabinets, the washer or dryer, and any boxes you might have lying around.

The good thing about losing a litter of kittens indoors is that you know you’ll find them eventually. However, until you do, you need to be careful about where you step or sit. Also, don’t just blindly throw shoes in closets or start appliances without checking them thoroughly first.

Generally speaking, though, your biggest fear should be that your cat found a hole or something that allowed her to escape outside before giving birth.

6. Where to Look Outside

If you have an indoor/outdoor cat or one that sticks close to your home, then you should check around the house first. Look under the porch, in the garage, or in any crawlspaces. Be especially cognizant of the area in and around your vehicles, and don’t start them or drive off unless you’re sure it’s safe.

If you have a barn, shed, or similar structure, check there as well. Be sure to look up high, as many cats love to climb up into lofts or other raised areas, as the added height makes their positions easier to defend.

In places where there are no human-made structures, look in trees and bushes or try to find any sort of natural den that may be in the area.

While the cat will want to find someplace hidden and remote, they won’t want to stray too far from familiar territory. If you know where the cat likes to hang out, you can start brainstorming likely hiding spots.

If the cat’s a stray and you’re totally unfamiliar with its behavior, though, you’ll either have to follow it or hope to get lucky.

If you have a dog, especially one familiar with the cat in question, you may want to try walking it around the general area in which you suspect the cat may be hiding.

Dogs are great at sniffing out nests, so this may be an effective last-ditch way to find those kittens.

Of course, a dog finding a nest of kittens usually ends tragically, so make absolutely certain that you have your pup on a tight leash.

Unless you think the kittens will die if they’re not located, you may be better off just leaving them alone at first. You can let the mother nurse and raise them in peace for a few weeks, then scoop them up later to prevent them from becoming strays.

Keep in mind that many cats will reject their kittens if they’ve been touched by humans, so you don’t want to scoop up the little guys prematurely. Just let their mother do her job.

If you really want to help, you can bring food, water, and maybe a blanket to the nest so the mother doesn’t have to go searching for essentials. Also, if you spot a way to make the nest safer, by all means, do so.

Of course, if you suspect that the mother has abandoned her kittens, then you can take matters into your own hands, but otherwise, you should consider leaving well enough alone.

Good Luck with Your Search

We hope you never have to track down a lost litter of kittens, but if you do, the strategies above should greatly increase your odds of success.

And while we hope you enjoy your time playing with those adorable little cats, we would be remiss if we didn’t urge you, one last time, to see that they’re all spayed and neutered.

After all, you don’t want to have to go on another lost kitten hunt a few months down the line.

Siberian Cat Size Compared to Other Cats (With Pictures)

Siberian cats are the cats of Russia, originating from the taiga in Siberia. They are long-haired cats accustomed to forested…
The category

New pet owners may find comfort for their pets by adopting them in pairs. Whether it be siblings, or simply…
The category

Can You Use Baby Shampoo on a Cat? What You Need to Know!

Many cats don’t particularly enjoy being bathed, but sometimes it’s necessary. Most cats never need shampooing, but if your cat…