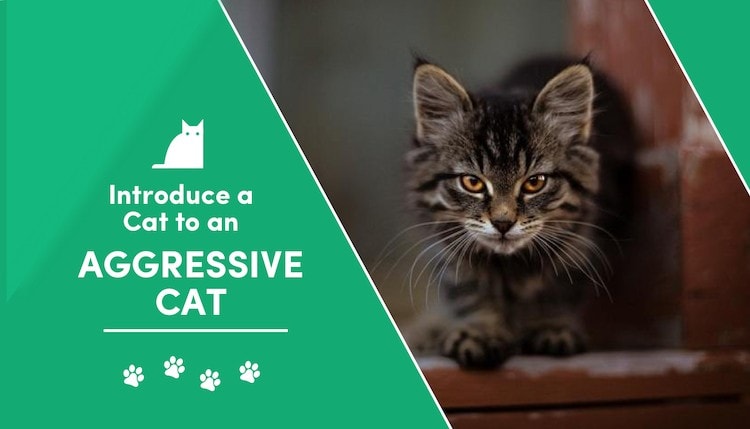 If you are thinking about adding another feline to your household, it is never clear how the two little beasts are going to get along. If one is more aggressive than the other, you will have to find some common middle ground where they both feel comfortable—if you want to keep the peace.

Unfortunately, two cats together, especially when one is aggressive, can cause a lot of disruption to your home. Not only can the timid tabby become hurt, malnutritional, and stressed-out, but they can also cause damage to your home. A catfight can ruin knick-knacks, tear fabrics, break electronics, and much more. Not only that, but you can also get injured in the shuffle trying to keep them apart.

In the article below, we will give you some tips on how to introduce your current furball to a more domineering roommate. These solutions will help keep your home clam and keep all of its furry occupants safe, happy, and healthy.

The first step you should take when you bring an aggressive tabby in the house is to confine them to a small/ medium-sized space. You don’t want it to be too small like a closet where they will feel confined, but it should not be too big where they can take over the space.

Make sure your new pet has all the necessities they need, as well, including their bedding, litter box, food dish, and any other toys they have or like to play with. You want to visit and play with your new pet frequently. The best time to do this is after you have engaged with your old-school friend. The smell of the other cat on you will be positive reinforcement as you play with them playtime.

Step 2: Introduce Through the Door

This next step, though it’s considered the second, should be done at the same time as the first step. This is very important for getting your two new furballs used to each other. When it comes time to feed your pets, place each of their bowls on either side of the door. This will again allow them to smell each other while pairing the sensation with something pleasant.

Don’t put the bowls too close at first, though. You do not want either one to become upset or stressed. Gradually move the bowls closer and closer to the door each mealtime until they are pressed right up against it. If your new aggressive friend starts to growl or show other signs of aggression, pick their bowl up for a few minutes and don’t place it back down until they are calm. Follow the calmness up with a pat on the head, as well.

The next step is to get both of your felines used to each other’s scent. This is particularly important for the aggressor. You want to slowly add your old pal’s scent into the confined space. Start by tossing in a toy or small object and then swap out their bedding.

Some other tricks for adding their scent is by putting a towel your original pet laid on under your new cat’s food dish. Another good tactic (though a bit gross) is to grab some litter with “scent” on it and add it to your new friend’s box.

You want to do this the other way around, as well. Your more timid tabby should also become accustomed to the scent of the newcomer, so you should add their smell around the house. Keep trading off scents and swapping bedding, food dishes, etc., so your ankle biters will not feel threatened by the presence of the other cat.

Finally, please note that the only time you do not want to do this is if one of your pets is ill. Cat diseases are spread from one to the other easily through their toys, food, and even bedding. If that is the case, you want to keep your sick pet quarantined until they are well again.

The next step is the last before the face to face meeting. You want to allow each cat to be in the other’s space without fear of having a confrontation. The best way to do this by taking your original pet and putting them in a closed bathroom or bedroom for a moment while you move the newcomer to the main part of the house. Then, you can move the other cat into the confined space.

With the new aggressor, make sure you are placing them in specific areas where your resident cat likes to hang out. You also want to play with them and give positive reinforcement, so they will know the other scent is not going to be a threat to their happiness.

This is the same for your resident puss. Play with them and give them some treats while they are in the confinement space. Let them know nothing is going to sway your attention and love from them. You can move both furballs back and forth several times until they are both relaxed in the other’s space. Just remember to start slow, so you do not stress either one of them out unnecessarily.

This last portion should be done slowly and gradually. The success or failure of the meeting will be determined by their reaction and behavior toward each other. You want to start with a short meeting, but you do not want to force either cat on each other. Start by slowly opening the door of the confined space while your original pet is in the vicinity. Both animals are going to be curious and cautious at first, but allow them to spend some short, supervised time together.

Even if the outcome is good on the first run, don’t overdo it and keep the meeting short. Also, make sure you are not putting either pet in a fearful or aggressive situation. If hisses, growls, swatting, or any other behavior starts, separate them immediately. Beyond that though, try to interact with both of them as little as possible during the initial meetings. Positive or negative attention to either one can cause the other to become agitated. This is especially true for the aggressor.

If all signs point to an easy alliance between both furballs, you can continue to put them together until you no longer need to shut the confinement door. If it does not go that way, you will need to separate them again and start from step one and two. Though many people will only jump back to step four, it is best to start from square one, so you can slowly reintroduce them as non-threatening friends.

The above steps are the best way to introduce any new felines to your household. Unfortunately, when you have one cat who is more aggressive than the other, it can be a bit trickier. Here are some additional tips to help you ease the new pet into the family fold.

We hope the above steps and tips have given you the info you need to smoothly transition a new feline into your home. Just because a cat is friendly and cuddly with you doesn’t mean they are going to be the same with another animal. Cats are by nature solitary creatures, and there is no rhyme or reason why some get along and some do not.

All in all, it is possible for your furry-friends to at least tolerate each other if you follow the correct introduction process and don’t give up. At the end of the day, your pets will be able to live together in peace and harmony. 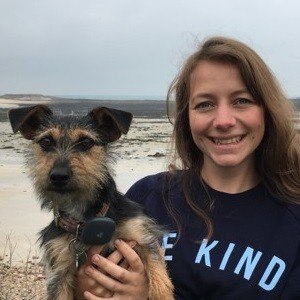 Joanna is an experienced vet working in the UK. She has written about pets and pet health for many websites, blogs, and pet magazines and loves to help owners understand their pets through her writing.

How to Train Your Cat (Yes, it is Possible)

Cats have reputations that precede them. Even cats who are incredibly affectionate, and are what some owners might call “dog-like,”…
The category

The Burmese cat is a breed of domestic cat that originated from Burma, hence the name. They likely come from…
The category

Can Cats Eat Cheese? What You Need to Know!

Who doesn’t love a nice slice of cheese slapped across a juicy hamburger? Cheese compliments meat in almost every situation.…