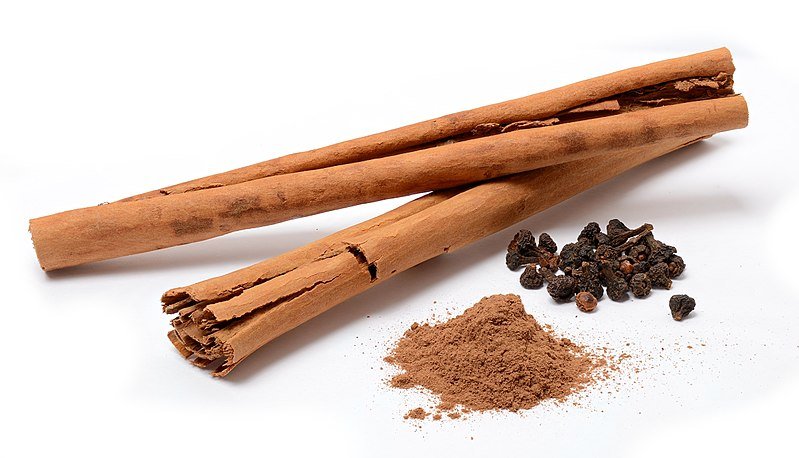 Cinnamon is a spice that many of us keep in our homes for flavoring drinks and desserts with its spicy aromatic warmth. But should you be worried about exposing your cat to this spice?

While the APSCA Animal Poison Control page lists cinnamon as non-toxic to cats, there are actually quite a few things to be aware of when it comes to using this spice safely around cats.

Cinnamon does become toxic over a certain level, so it is not truly considered safe for cats. You do need to be careful to make sure that your cat isn’t exposed to this spice in high concentrations.

Why is cinnamon bad for cats?

Cinnamon contains a compound known as coumarin. Cats can’t break down this compound within their livers, and exposure to high concentrations of cinnamon can cause both allergic reactions and toxicity.

Cinnamon toxicity can ultimately lead to liver failure or failure of other organs.

Types of cinnamon cats can be exposed to:

The type of cinnamon with the lowest risk here are food and drinks, plus powdered cinnamon. The level of coumarin in any of these types is quite small, so it’s unlikely that your cat would have an allergic reaction.

Signs of toxicity or allergic reactions to cinnamon

Some cats can show signs of cinnamon toxicity or have an allergic reaction to exposure to cinnamon.

If your cat got cinnamon on their skin, then the signs to watch out for include:
If your cat has ingested, inhaled, or absorbed cinnamon:

If your cat has been in contact with cinnamon, particularly the essential oil variety, then keep a close eye for any of the symptoms we’ve listed above.

Call your vet immediately if your cat develops any symptoms, even if they seem small.

Some cats may not show any symptoms, so it might still be worth scheduling a vet exam to put your mind at rest.

For cases of topical exposure, your vet may thoroughly flush the area to remove all traces of cinnamon.

For ingestion or absorption, your vet will want to evaluate the level of toxicity and potential damage to your cat’s internal organs. They will likely want to keep your cat in for treatment. Vitamin K is sometimes used as an antidote to coumarin toxicity, but your vet will decide on the best treatment protocol, depending on the severity of your cat’s condition.

The sooner you seek treatment for your cat, the better the chances of recovery.

Preparing, eating, or drinking anything containing cinnamon in your house is unlikely to trigger an allergic or toxic reaction in your cat. Just be sure to safely clean away any leftovers, like cinnamon sticks left in cups.

If you have a spillage of cinnamon powder, try to move your cat to a different part of the house while you clean it up. Avoid getting any powder on your hands that could then get transferred onto their bodies.

Knowing the risks of keeping different types of cinnamon safely around your cats is the first step in deciding whether using it is something you’re comfortable with.

The unique, yellow-eyed Burmese cat has developed over time into a charming, instantly recognizable breed. The ones you see today…
The category

How to Keep Cats Off Furniture Using Vinegar

Cats are very persistent, and it can be extremely challenging to keep them from doing what they want. Many commercial…
The category

Cats are independent and courageous. They’ll spend hours snuggled up in your lap while you are lounging around on the…