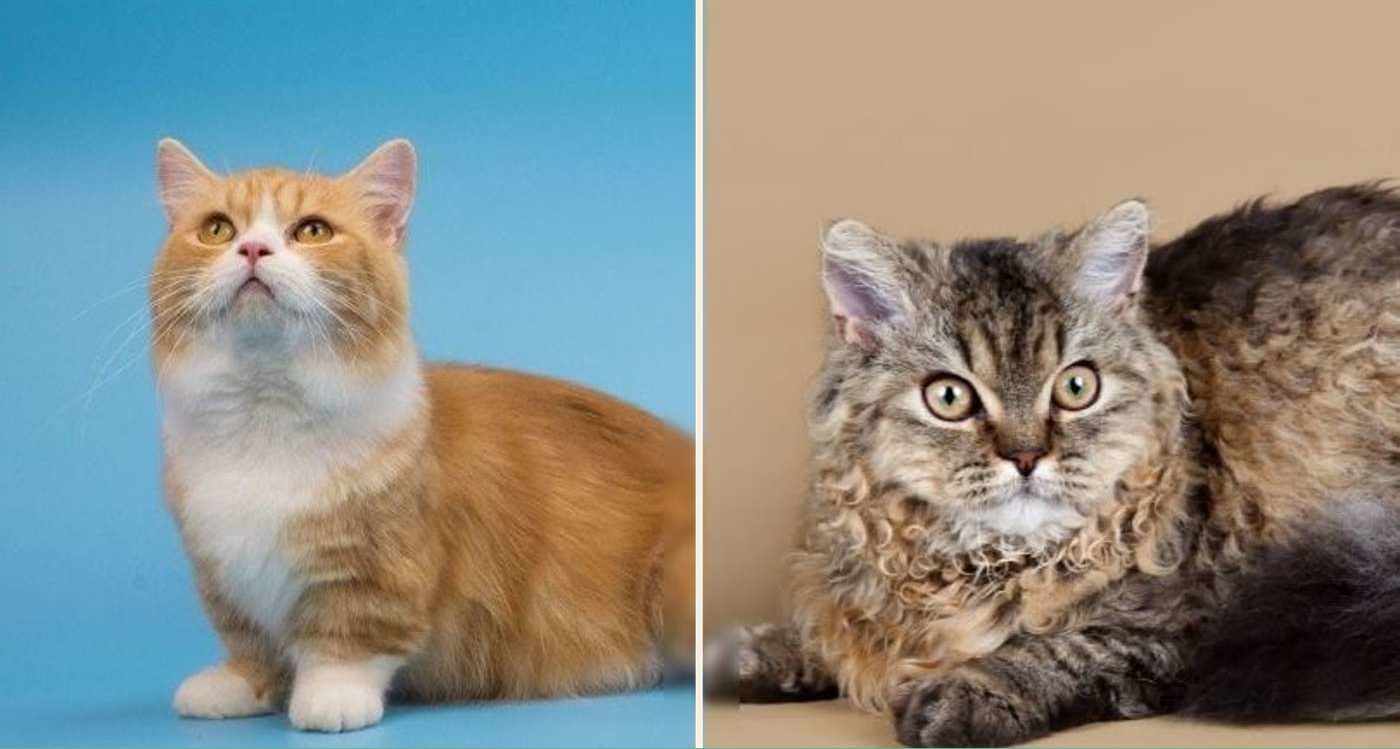 Lambkin cats, also known as the Nanus Rex, are considered a rare cat breed. This is partly due to their recent development. While we don’t know the exact dates, it’s thought that the Lambkin breed was developed sometime between 1987 and 1991 by an American breeder who crossed a Munchkin and a Selkirk Rex. The goal of the crossbreeding was to create a dwarf-breed cat with the unique coat characteristics of the Selkirk Rex, which is exactly what happened.

The Lambkin breed is steeped in controversy as a crossbreed. The Munchkin cat’s small stature results from a genetic mutation that codes for dwarfism. Dwarfism can cause significant health issues, so it’s extremely important that Lambkins are only bought from reputable breeders.

There is no doubt that you will fall in love with this gentle, affectionate cat breed. They make fantastic family pets and genuinely love everyone whom they come into contact with.

Lambkin Kittens — Before You Buy

What’s the Price of Lambkin Kittens?

Lambkin cats are extremely rare, and reputable breeders can be difficult to come by. We strongly recommend researching breeders thoroughly and ensuring that you obtain health information from the owners of the kitten. Since Lambkins is a crossbreed with a Munchkin cat, they have dwarfism. This gene mutation can cause severe health problems without selective and ethical breeding practices.

There are only three listed Lambkin cat breeders in the entire United States; they are located in Florida, Indiana, and California. These breeders do not list the prices of individual kittens on their websites, and they aren’t all dedicated Lambkin breeders. The rareness of the breed guarantees that the price of a well-bred kitten will be high.

1. The breed name “Lambkin” originated as a comparison of their coat to that of a lamb.

2. While Lambkins are smaller and have shorter legs than most other cat breeds, their head is the same size as an average-sized cat.

3. The Lambkin breed is extremely rare, and waiting lists to adopt a kitten can often take years.

Temperament & Intelligence of the Lambkin

Lambkins make excellent family pets because they have extremely tolerant personalities. If you’re in search of a friendly cat that will get along with children or other pets in your household, the Lambkin breed will not disappoint.

Does This Breed Get Along With Other Pets?

Yes! Lambkins are happy to play and cuddle with other pets in the house. That said, these are tiny cats. They also have short legs that don’t allow them to jump to heights that most other cats can. For this reason, extreme caution should be taken if you have large dogs in the house. While Lambkins will be friendly with them, they can get seriously injured by a dog that is overzealous in their play efforts.

Things to Know When Owning a Lambkin

Breeders claim that a Lambkin’s short legs don’t inhibit them from being active like any other cat breed. Since they are a crossbreed, it’s difficult to determine just how energetic your cat will be, as it depends on what traits they inherit from each parent.

If you have a playful and active Lambkin, it’s important to make sure they get enough exercise every day. Plenty of mental stimulation and hiding spots are also recommended to keep your cat feeling safe.

The Lambkin has a unique plush, curly coat inherited from their Selkirk Rex parent. To prevent this cat’s coat from becoming tangled, you will need to brush it every day. Daily grooming will help your cat’s hair look great and give you important bonding time together. Extra care should be taken to avoid breaking delicate hairs during brushing.

There is a great deal of debate over whether Munchkin cats and their Lambkin offspring suffer from discomfort or health issues as a result of their inherited dwarfism. Many breeders believe that their short legs don’t hinder the breed in any way, while many veterinarians express concerns about the potential risks of encouraging dwarfism in cats.

A significant number of offspring born to Munchkin parents die before birth because of their genetic mutation. This fact alone suggests that there are risks to the cat’s quality of life, and there may be ethical concerns about using dwarf cats for breeding. There is an ongoing study being conducted by the College of Veterinary Medicine at the University of Missouri that is looking into the impact of feline dwarfism.

There are no known differences between male and female Lambkin cats with regard to behavior or care.

Male cats, in general, can begin “marking” or “spraying” once they reach sexual maturity. Neutering them at a young age will prevent them from developing this behavior.

The Lambkin cat is an extremely rare breed. They are affectionate, loving, and tolerant cats. These traits make them an excellent choice as a family pet, although they can be at risk of injury from over playful dogs. Also, there is a great deal of controversy surrounding the Lambkin breed, as their breeding results in passing on the genetic mutation that causes dwarfism. This mutation can also cause other serious health problems, so it is extremely important to research breeders before purchasing a kitten.

Chelsie is a freelance writer who is passionate about helping owners and cats live their best lives. She currently lives in rural Alberta, Canada with her husband and two children, and is currently a pet parent to four horses, four cats, and a border collie.

The Sokoke is a “natural” breed of cat. In other words, it developed mostly without the intervention of people. However,…
Cat guides

Litter Champ vs Litter Genie: How do They Compare? Our 2022 Comparison

If you’ve been researching rare cat breeds, Mekong Bobtails are beautiful cats that look similar to Siamese, but what stands…