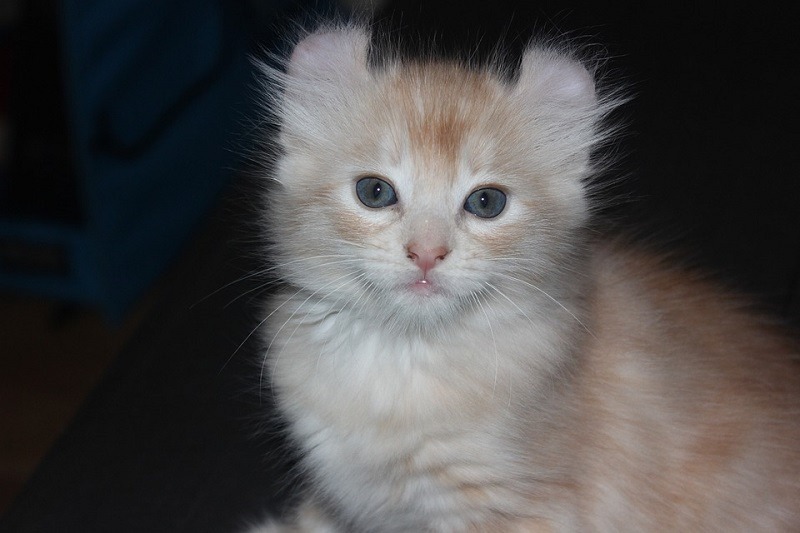 Very few cats today are purebred breeds, and unlike the thousands of dog breeds, there are less than 100 cat breeds, depending on which group’s thinking you subscribe to. The International Cat Association (TICA) recognizes 71 breeds, the Cat Fanciers Association (CFA) lists only 44, and Federation Internationale Feline (FIF) has the shortest list of just 43. Even if you include developmental and experimental breeds, the list is very limited.

It can take a lot of development, ensuring that a breed is genetically stable and standards are met, before being accepted into one of the registries. However, as rare as it is, new breeds are recognized and there are plenty of breeders working on the development of new and unusual breeds. Below are 15 new breeds, some of which are the most recent to be accepted as standard, and some of which have yet to be officially recognized.

Unlike the Highlander, the Serengeti has achieved standard status with TICA, which means that it can be entered into championships. It was developed by crossing a Bengal with an Oriental Shorthair. This cat was first bred in the 1990s. The breed is a spotted cat with long legs and large ears. The male tends to be larger than the female and breed standards allow for tabby, silver, smoke, and solid black colorpoints.

The Aphrodite Cat, or Cyprus Cat, is a shorthaired cat that is energetic and very lively. There are feral populations of this cat found across Cyprus, and a domesticated version is being bred with breeders looking to have it accepted as a breed standard. The breed is already known to be social and affectionate, and TICA has described them as being dog-like in their relationship with their human owners.

The Minskin is a new breed that was first bred in 1998 and is accepted as a standard breed by TICA. It was created by mixing the Munchkin and Burmese, as well as combined elements of the Sphynx and Devon Rex. It is often described as the Corgi of the cat world with short, squat legs. Although energetic, this breed is unable to reach the physical heights of other cats because of the size of its legs. They are affectionate and loving, playful, and they thrive on human interaction.

One of the breeds used to create the Minskin was the Munchkin, which itself is a new breed. This is where the Minskin gets its very short legs, and the Munchkin is widely considered to be the original dwarf cat breed. Although a lot of registries have refused to accept the breed because of potential health concerns (the short legs are a genetic mutation, after all), TICA accepted it on their books in 1995.

Discovered in 2004, the Tennessee Rex is a natural mutation and the breed is recognized by its curly hair with a satin finish. The Tennessee is a very loving cat that will enjoy spending time in your lap. They are quiet cats, although they may make some noise when they want feeding. They take time to adapt to new surroundings, although they may soon have to adapt to official championships.

The Toybob is a toy cat breed, which effectively means that it is very small. Unlike a lot of toy breeds, though, this is not a miniaturized version of another breed. It is a unique breed that originates from Russia. It is fully recognized by the CFA and is considered a loving and loyal cat. It is intelligent and social and will get along with all family members, including kids and even the dog.

The Toyger is a designer breed, which means that its markings have been purposely developed by breeders. The original breeders intended to create a domestic cat with the look of a tiger, and they certainly succeeded. It is recognized by TICA but not by other registries. Despite having the appearance of a tiger, this domesticated breed is known for being loving and affectionate and is another breed that will mix well with all family members of all ages, two-legged and four-legged.

Lykoi translates as “wolf cat”, which instantly gives you some idea of the look of this breed. It is a hairless cat with pointed ears. While it has no hair, it does have patches of fur. It is currently considered an experimental breed stemming from genetic mutations in domesticated cats. This Lykoi has been bred to be friendly with its humans, however, they do retain some feral qualities. They are very active, enjoy time outdoors, and they still have a high prey drive, so are not considered safe around small animals. They are also more reserved than other breeds, especially in new surroundings and with new people.

The American Curl is a medium-sized cat. She is athletic in stature and build, and she has a long tail. However, her most distinguishing feature is, of course, her curled ears, where she gets her name. The breed not only looks athletic, but also has considerable athletic prowess. She will enjoy having a cat tree to climb and they love perches and high spaces. While the American Curl is unlikely to want to curl up on your lap, she will enjoy being near you.

The Cheetoh was bred from the Ocicat and the Bengal. First bred in 2001, breeder Carol Drymon was hoping to create a domestic breed that resembled a wild cat. The resulting house cat is energetic and playful. He will enjoy hunting toys and climbing cat trees before settling down to enjoy some serious rest time on your lap. The Cheetoh is quite vocal, so you can expect him to let you know when it is time to be fed, walked, or just to say hello. Be prepared for some destructive behavior if the Cheetoh gets bored. Get two, if you want to be sure of avoiding this.

The LaPerm is so-named because of his incredible perm hairdo. He was first bred in 1982 and is recognized by the TICA and CFA registries. The breed is a small cat and owners consider the LaPerm not only intelligent but also as having a sense of humor. He can be quite mischievous, is more than capable of figuring out challenges like doors, and he will follow you around without being overly clingy. He is equally friendly with strangers and he will get along with other cats as well as dogs.

The Napoleon Cat was given the brand because he is short, like Napoleon, and is one of several dwarf breeds that have recently been introduced. Napoleon was created by crossing the Munchkin with a Persian. He is loving, sweet, and relaxed. He is loving with all members of the family and will socialize with strangers. He can happily live with other cats, as well as dogs, although they do have quite a bit of energy that you will need to help them burn off.

Ojos Azules means blue eyes, and it is easy to see where they got their name because this Spanish breed has striking eyes. They are a medium-sized cat that started to emerge in the 1980s. This cat remains very rare, as there is a known genetic defect this breed carries that leads to cranial defects. As such, breeding has been suspended, at least for the time being. However, some examples may still exist, and these are known to be friendly, sweet, and loving.

The Peterbald Cat was named because he was first bred in St. Petersburg and his most striking physical characteristic is that he is bald, although there are various degrees of baldness. You might be forgiven for thinking that a hairless cat will take less time and effort, and while it is true that he won’t need or want brushing, he will need weekly baths. They also need to eat more because of a faster metabolism, but they do heal quicker. The Peterbald is as close to a canine companion as you can get. He will play, sit with you, and even enjoy a good walk.

New cat breeds are constantly being developed, although it is obviously becoming increasingly uncommon to find a new natural breed. Breeders will work with existing breeds to combine them and get the best traits of each. Existing breeds are also being fine-tuned with the hope of inclusion in one or more global cat breed registries. We hope you enjoyed our list of some of the latest cat breeds to have emerged.

15 Ways to Cat-Proof Your House

They may be cute, furry, and sometimes affectionate, but cats (especially kittens) can be destructive, damaging, and seemingly accident-prone. When…
The category

If you’re superstitious, the sight of a black cat is enough to have you quaking in your boots. But in…
The category

First introduced to the cat fancying world in 1982, the LaPerm has quickly become a crowd favorite due to its…