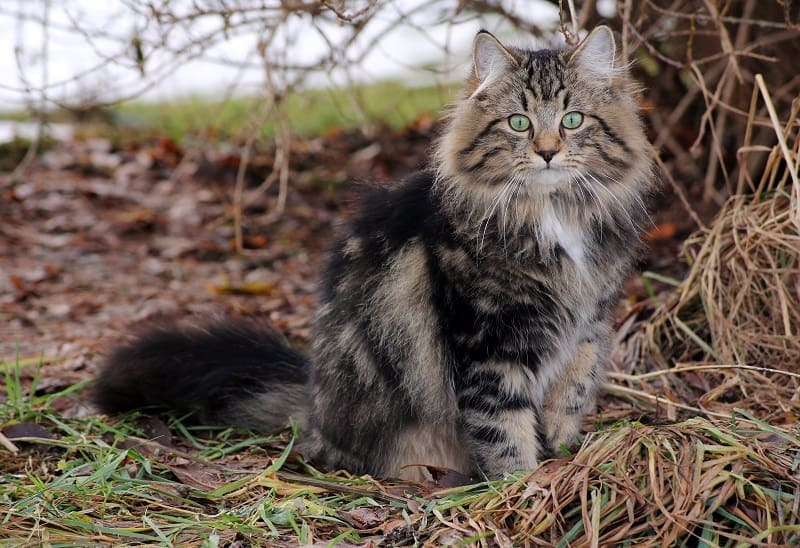 There are few animals on Earth with names as majestic as the Norwegian Forest Cat. Just hearing that moniker probably fills your mind with images of a huge, fearsome cat, proudly surveying a wooded realm that lies under their complete control.

As it turns out, the actual cat isn’t far from the fantasy. These are huge cats by housecat standards, and they look every bit as impressive as their name would suggest.

However, they’re not particularly common (at least not in the United States), so you may not be familiar with these wonderful creatures. We put together a guide that should hopefully help you appreciate their splendor.

How Big Are Norwegian Forest Cats?

Male Norwegian Forest Cats usually tip the scales at anywhere between 12 and 20 pounds, whereas females are a bit daintier at 9 to 18 pounds.

They can stand between 9 and 12 inches tall and are usually between 12 and 18 inches long.

Those numbers may not sound that impressive, but when you realize that the average housecat weighs between 9 and 11 pounds and is 9 to 10 inches tall, it begins to put the Norwegian Forest Cat’s size into proper perspective. 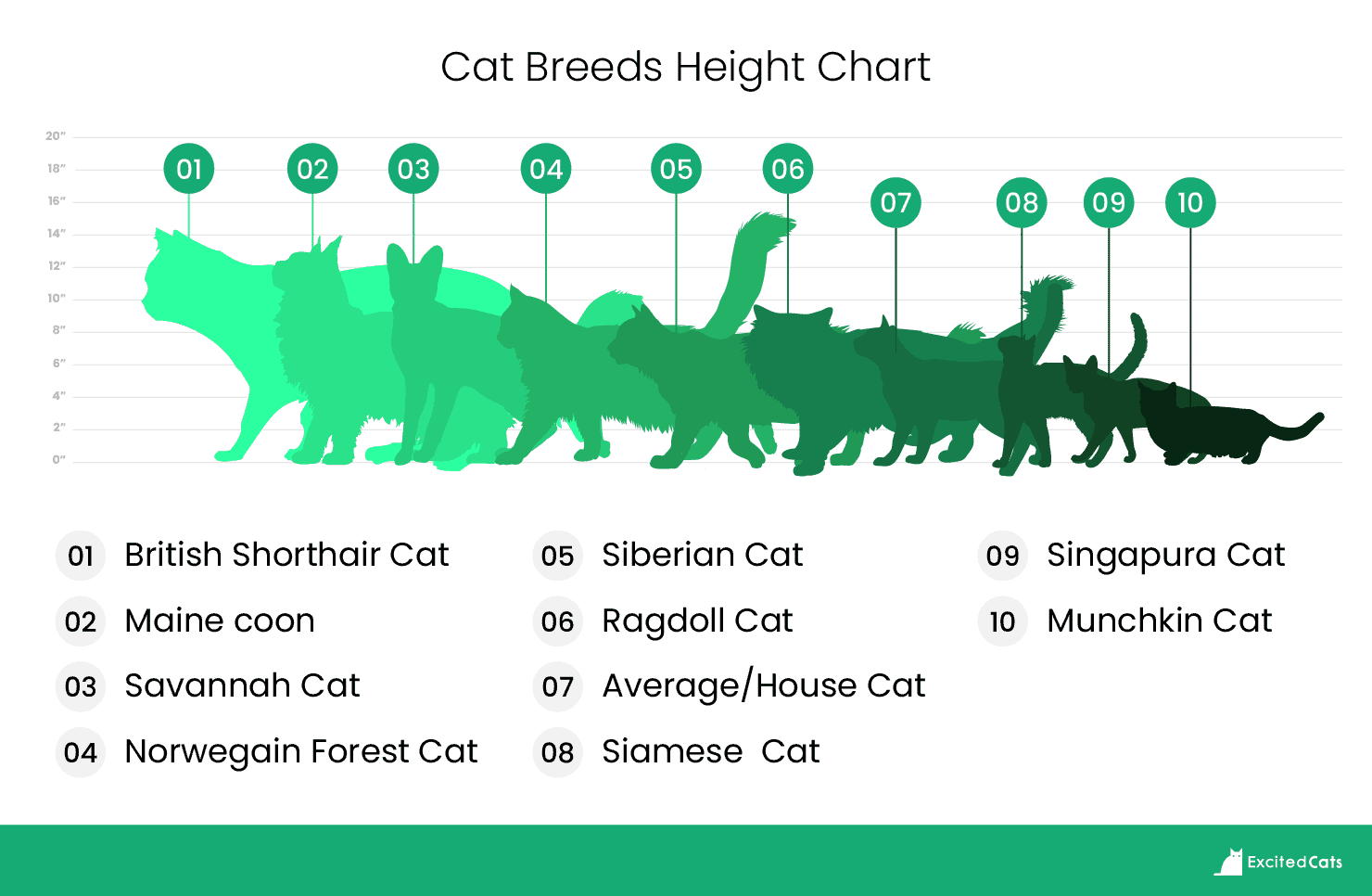 Why Are Norwegian Forest Cats So Big?

These cats need to be large to survive the harsh Scandinavian winters. The more bulk they have, the better insulated they will be against the cold.

That’s also why they have such thick, water-resistant coats. They can traipse through the snow without getting soaked to the bone, helping them to stay healthy in the harshest of conditions.

Many people believe that these cats were used on Viking ships to keep the rat population under control. If that’s the case, then it makes sense that they could grow to large sizes, as they’d have a ready-made food source with little competition for it. We also can’t imagine Vikings allowing a tiny little cat to represent them.

Which Is Bigger, the Norwegian Forest Cat or the Maine Coon?

The breed that the Norwegian Forest Cat is most often compared to is the Maine Coon, another massive housecat designed to survive unforgiving winter climates.

Few cats would even dare challenge the Norwegian Forest Cat to a battle of bulk, but the Maine Coon is more than capable of holding their own — and more often than not, they will emerge as the victor.

These giant American cats weigh anywhere from 13 to 20 pounds, and it’s not unheard of for them to tip the scales at 25 pounds or more. They’re also as long and tall as they are bulky, making them incredibly formidable animals.

None of this is said to shame the Norwegian Forest Cat, of course. They’re still a huge cat, and won’t look much smaller when compared side by side with the Maine Coon. At the end of the day, though, their American cousins are usually bigger.

We just hope the Vikings don’t find out about this.

What About Norwegian Forest Cats vs. Siberians?

Siberians are often known as “Siberian Forest Cats,” as they emerged from the frigid forests of Siberia. As such, it’s natural to compare them to Norwegian Forest Cats.

However, Norwegian Forest Cats will almost always be a little bit bigger. The Siberian is considered a “medium-large” cat, and they usually weigh between 8 and 17 pounds. That’s a few pounds shy of the mark set by their Norwegian counterparts.

The Ragdoll is another large cat breed, although they’re better known for their penchant for going limp when picked up (hence the name “Ragdoll”). It can be hard to tell just how big those cats are, as they seem to be made of liquid at times.

Female Ragdolls can weigh anywhere between 8 and 15 pounds, whereas males range from 12 to 20 pounds. That puts them just about equal with Norwegian Forest Cats.

However, while they may be equally big, there’s no way that they’re equally intimidating. Norwegian Forest Cats can survive some of the most challenging weather on the planet, whereas Ragdolls are generally unwilling to leave their warm, cozy apartments.

Then again, the Ragdoll may just be the smarter of the two.

They may not be the biggest cats on the planet, but Norwegian Forest Cats are still special. They’re drop-dead gorgeous, make wonderful pets, and are impressively large.

As long as you don’t base your self-esteem on the size of your cat, you should be more than happy owning one of these wonderful kitties.

Cats can be little demons, but they can also be sweethearts. And it’s that softer side that we’re celebrating today.…
The category

With a curly coat of silky locks and a friendly demeanor, the German Rex is a feline that any cat-lover…