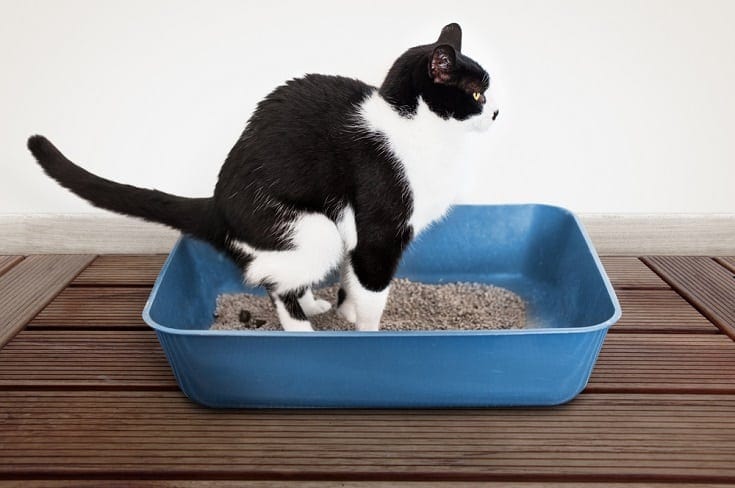 We know now that the domesticated cat has significantly changed since they were first brought into homes from the wild in ancient Egypt. It is fascinating to study the differences between the cats we snuggle and play with now versus those in our shared ancient past.

If you have always thought that it was natural for your cats to cover up their poop, think again. When we compare this behavior to those of wild cats, we see a wide gap. In domesticated cats, these tendencies are called “litter box behaviors.”

Since covering poop isn’t a trait of wild cats, then why do our housecats do it?

Animal behaviorists are not entirely sure, but two theorized reasons have come from studies and research.

Some think that they cover their feces because they view their human counterparts as the dominant ones in the home — even if this is hard to believe from your cat’s behavior. They might also feel dominated by another cat in the home or the neighborhood. In this case, it is natural for these dominated cats to “cover,” both domestically and in the wild.

Another theory is that we have steadily bred the behavior of covering up feces into our modern-day cats. Humans have always preferred clean pets. We want companions without the mess that would accumulate from their wild actions.

Whatever the reason, when your cat’s daily behaviors begin to change, it should always be a cause for attention. They could be trying to communicate any number of things by leaving their poop uncovered.

Below, we have six reasons that your cats might be leaving their poop for all to see. We also discuss how you can try to fix this behavior for a cleaner-smelling household.

6 Reasons That Your Cat Doesn’t Cover Their Poop

When your cat first starts to exhibit this behavior, it is worth thinking about anything that might have changed recently. Have you been using one kind of litter for many years or months and decided to try a new one out?

Whether it was due to a change in your pet store’s stock or needing a more budget-friendly option, it is likely the reason that your cat is throwing a smelly tantrum.

Certain types of litter have an unpleasant feel on the feet of some cats, or they might not like the smell. Perhaps you simply have allowed the litter box to get too dirty. Whatever the case, they don’t want to spend a minute more than necessary inside their box.

At this point, you should be happy that they haven’t chosen another part of the house to use as their bathroom.

2. Your cat might be suffering from a medical issue.

Whenever you notice a significant change in your cat’s behavioral patterns, you should take them to the vet. Cats are creatures of habit and routine. They do not prefer to break long-held habits unless they start to experience illness or painful medical problems. They might have an injury on their paws that makes standing in the litter painful.

Cats can also suffer from urinary tract infections that can make being in their litterbox almost unbearable. It can change their behaviors and the way they typically act both inside and outside their litter box.

3. The cat doesn’t like the placement of the litterbox.

Problems with the litterbox will be among the most typical reasons that your cat starts refusing to cover their feces.

Correctly placing a litterbox is already an art. Cats tend to have strict requirements for where they are willing to do their business. If their litterbox is in a place that they do not feel comfortable being vulnerable, many bad behaviors can arise.

These include refusing to use the litterbox or not covering their poop after using it because they want to get out of there.

4. They want to declare their territory.

Even if they have lived in the home for a while, some cats won’t feel like it is part of their territory. This behavior could happen if they have recently become part of the family or joined a home with an older, more dominant cat and they don’t want to bend to their dominance.

It could also happen if you have recently adopted another cat for the household. Your first cat might want to declare to their new feline friend that they are the master of the house.

5. Your cat’s litter box is too small.

Another common problem is if the litterbox is too small for your cat. Cats need to have enough room to comfortably turn around, not just for your cat to fit inside.

Cats need enough space to wiggle around and dig a spot in the litter to find spots that have not yet been soiled, which is why their box shouldn’t be left too dirty.

6. It is natural for them NOT to cover their poop.

Wild cats do not naturally cover their poop, so some domesticated cats will have simply not inherited or developed this instinct to cover. If your cat has never been one to bury their poop instead of abruptly stopping, then none of the listed reasons will be applicable.

For domestic cats, they might not have learned the behavior from their mothers when they were kittens. Some breeds crossed with a wild cat will not have the strong bred-in instinct to cover either.

My Cat Was Bitten by a Spider – What Should I Do? (Our Vet Answers)

Cats are natural hunters. This instinctual behavior has been retained from their ancestors who had to hunt frequently to satisfy…
The category

We like to think that everyone loves movies. Whether it be action, animated, a sweet ol’ Rom-Com – us humans…
The category

With a curly coat of silky locks and a friendly demeanor, the German Rex is a feline that any cat-lover…