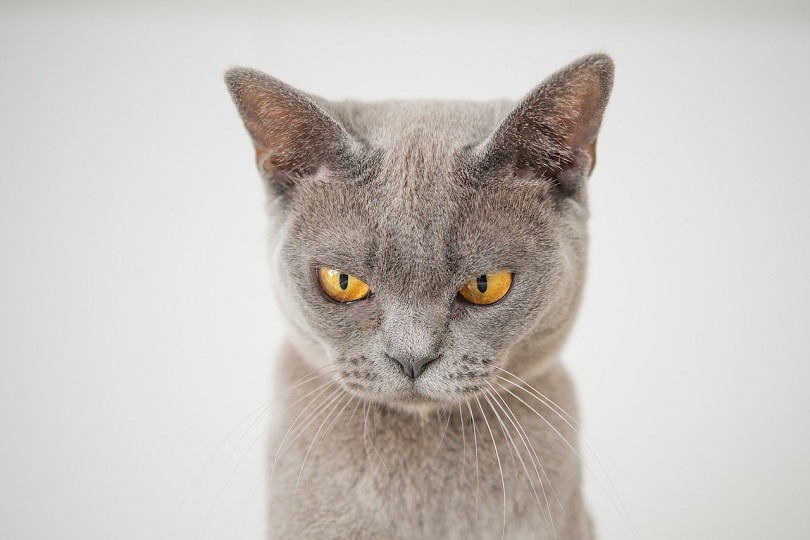 Cats are finicky creatures with strong opinions. They hate so many mundane things — like getting wet or coming into contact with literally any other creature — that it’s a wonder some of them manage to survive in the wild.

They can be especially picky about odors. There are some scents that drive them wild, like catnip, but there are others that they absolutely will not tolerate.

Today, we’re going to look at nine smells that cats simply cannot stand. You can use this information to help train them, as these odors can make powerful repellents, or you can just keep them close at hand to help you on that inevitable day when your cat finally turns on you.

Any kind of citrus seems to be off-putting to felines, including oranges, grapefruits, lemons, and limes. It’s believed that these odors are too strong for their sensitive noses and send their olfactory senses reeling.

If you want to use citrus as a deterrent, you can put juice or peels in any area that you don’t want your cat to enter. The downside, of course, is that you can never expect your cat to surprise you with fresh-squeezed orange juice for breakfast.

As with citrus, it’s believed that it’s the pungency of spicy peppers that makes them so noxious to cats. It’s important to note that the peppers have to be spicy, though. Many cats will munch on other, sweeter peppers, so if you don’t have something flaming hot to deter them with, you may just give them a snack. On the other hand, if they can handle a habanero, they may actually be invincible.

Bananas are another great way to keep cats at bay, although we’re not sure why. It may have something to do with the high potassium content, which is one reason that most cats don’t like the smell or taste of many medications.

You can use cut-up chunks of banana or just the peel to keep your cat out of certain places, but you’ll want to replace them regularly to keep fruit flies at bay. You’ll also want to keep track of the peels, or else your cat may use them to finally incapacitate you.

Most cats will avoid mint, and it seems that there’s a good reason for that: It contains a compound that will kill them if they eat enough of it. Fortunately, it takes quite a bit to cause harm, but you’ll still want to make sure your cat doesn’t eat any mint plants that you bring home.

However, some cats love mint because it contains compounds similar to nepetalactone, which is the active ingredient in catnip. Don’t assume that your cat will leave your mint plant alone just because it will kill them; as anyone who’s seen a cat on catnip will tell you, some felines seem to have a death wish.

Many essential oils are too powerful for your cat’s nose, but there are a few in particular that they seem to hate. These include scents like lavender, cinnamon, and lemongrass, all of which seem to send felines scurrying for the nearest exit.

Be careful when using these as a deterrent, though. Some of them — particularly lavender — can be toxic to cats, and if they ingest the oil, it could cause liver damage and even death. Most cats won’t get close enough to drink it, of course, but there’s always one or two animals that seem to love tempting Darwin.

Also known as the “Scaredy Cat Plant,” Coleus canina is an Asian plant that’s actually a member of the mint family. When grown it has a strong, foul odor — not unlike that of a skunk — but its aromas are truly unleashed when you crush its leaves.

The smell from these plants is just as noxious to humans as it is to cats, so it’s not something that you want to bring indoors. If you’re trying to keep your cat out of your garden, though, you can plant a few of these along the outskirts to convince your cat that there are better places to play.

A strongly aromatic herb (also known as Ruta graveolens), rue is already found in many gardens, as it’s easy to grow and is extremely tolerant of dry conditions. It was used in medieval times as an antidote to a venomous snakebite, but we’d recommend only planting it for its looks or its ability to keep cats at bay.

Rue has a strong odor that is overwhelming to cats, so you only need to plant a few to discourage them from visiting. Fortunately, it’s not as foul-smelling as Coleus canina, so it won’t drive you out of your own garden.

Any soap or household cleaner that has a strong odor is likely to be too much for your cat. Remember, their noses are much more sensitive than ours, so if it smells powerful to you, it’s probably complete overkill to your kitty.

While you can certainly use this to your advantage, you also need to be careful about what you use to clean anything your cat uses, like their bowls or litterbox. If you use something too pungent, you may discourage them from using items that you actually want them to use.

This is another smell that you and your cat can agree on. If you let the litter box go too long between cleanings, the accumulated odor (especially the ammonia smell) can turn them off. That means that instead of using their box, they may find someplace less offensive to do their business — like your underwear drawer.

Keeping your cat’s litter box clean doesn’t only make it more inviting for them, it’s also more hygienic. If you struggle to stay on top of this chore, consider switching to a self-cleaning model.

Be Nice to Their Noses

Knowing what smells your cat can’t tolerate is important, as it allows you to keep noxious items out of your house or use them to your advantage.

While you can scatter some of these smells around areas that you want to discourage your cat from entering, be careful not to take things too far. Remember, their little noses are extremely powerful, and if you go overboard with the nasty odors, you can cause them to get sick.

However, most of the scents on this list are things that you’d have to go out of your way to bring home, so you don’t need to worry too much about offending your cat’s olfactory senses accidentally.

Is your cat a sweet puddle of fuzz at feeding time, but a tiny tiger at bath time? A cat…
The category