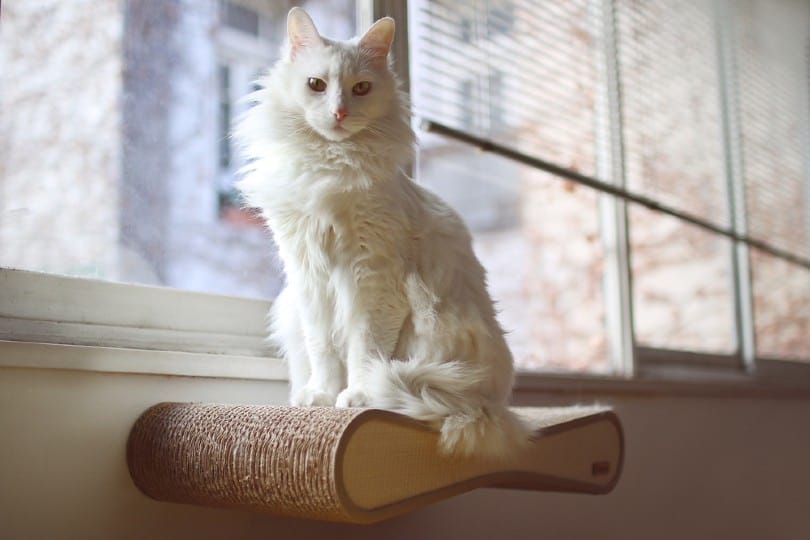 The Turkish Angora was first imported to Ankara, Turkey by Egyptian traders in the 14th century. They became known as the Ankara cat and have the same lineage as the Turkish van cat. They are often described as being dog-like because they will welcome every visitor to your home and are intelligent enough that they can be trained to perform a few tricks and to exhibit positive character traits. They will happily live with other dogs and cats, get along with all family members, and excellent companions and pets. Despite their long coat, they require minimal grooming.

Although they are most often recognized for their long white coat, the Turkish Angora comes in a wide range of colors and markings. Let’s take a look at the colors and patterns of this lovable breed. 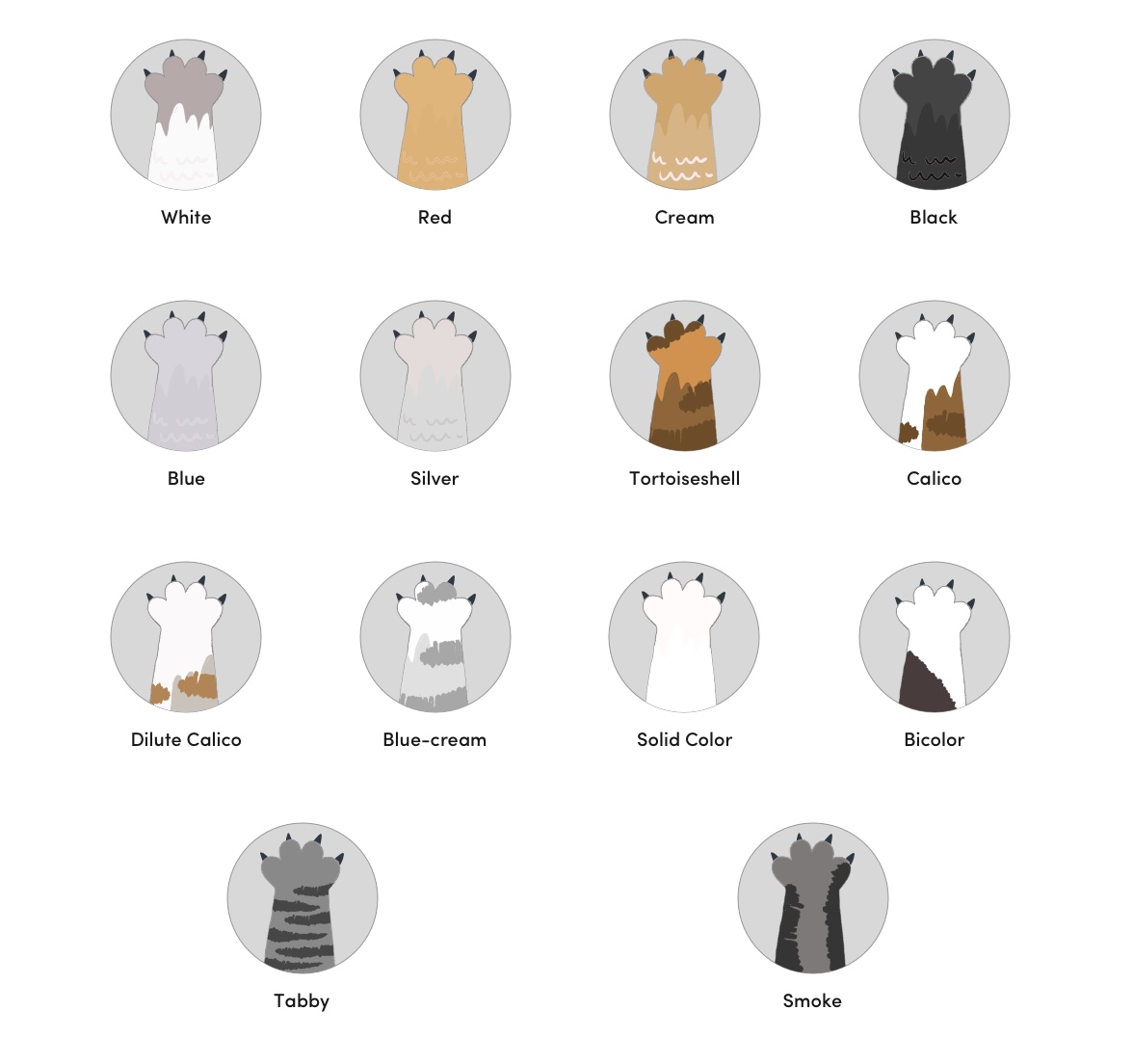 The pure white Turkish Angora is arguably the most desirable coloring. However, it comes at a cost. White cats are not only prone to getting sunburn, but they are also predisposed to skin cancer and are most likely to develop the illness around the ears, nose, and eyelids because these are the areas where the hair is thinner.

Red, ginger, or orange cats, contain a ginger gene. This gene is on the X chromosome. Because female cats have two of these chromosomes, they would need the ginger gene to be present on both to show a ginger coat. In contrast, male cats only have a single X chromosome. As a result of this, approximately one in five ginger cats are female.

The cream color is a dilution of the red or ginger color. The ginger is mixed with another color, typically white. This means that while ginger cats are typically male, the same isn’t necessarily true of cream cats. However, the cream color is very unusual.

Ever since the Middle Ages, black cats have been associated with Satan and witches. As such, despite their stunning looks, they are often the last color of cat to be adopted at shelters or bought as kittens. In Japan, however, it is believed that women with black cats will attract more male suitors.

What we think of as being gray fur is usually described as being blue, and it is a highly sought after and popular coat color. Caught in certain lights, the coat will have a blue sheen to it, hence the name.

Silver is the most popular of tabby colors, and when combined with the long and luscious locks present in the Turkish Angora, they make for a strikingly-colored cat. You can usually tell that a silver tabby is a Turkish Angora by the breed’s unique head shape. They have a reverse triangle head shape with slicked back ears.

Tortoiseshell cats, also known as torties, are often described as being the divas of the cat world. Torties are also known for having lots of energy, and this is a characteristic of the Turkish Angora cat that you will have to become accustomed to as well.

The calico coloring is usually thought to be a coat that consists of a combination of brown, black, and white, with white being the dominant color. However, calico can refer to any three colors.

If your calico cat has pastel or lighter colored markings, he may be a dilute calico. The lightening of his colors means that his coat is made up of gray, solver, and gold markings. Again, though, your dilute calico Turkish Angora could have any of a range of difficult colors in his coat.

In the same way that the dilute calico is a lighter version of the calico coloring, the blue-cream marking is a dilute tortoiseshell marking and it is a rare color. Blue replaces the tortie’s black, while cream replaces its white marking.

White is the most common color of Turkish Angora cats, but they do come in a variety of hues and shades from black to white and blue to cream. A solid color cat is one that has a single color in its coat.

Bicolor Turkish Angoras have coats that consist of two colors. Commonly, these colors are any two of white, black, brown, gray, or silver, but can consist of almost any color.

The tabby cat has wild cat markings and is distinguishable by the M shape on his forehead. Owners of this color of cat describe it as being intelligent but also slightly aloof. The tabby cat comes in four different and distinct markings.

The smoke pattern usually consists of gray or silver in two shades. The pattern has the appearance of smoke clouds. It is an unusual color pattern.

Turkish Angora cats typically have blue, green, or amber eyes, but the most highly prized are those that have odd eye colors, usually one blue eye and one brown.

The Turkish Angora is a friendly, loving, and intelligent cat. They have long, luscious hair and while white is the most commonly seen color, the Angora can come in a variety of different colors ranging from tabby to ginger. Although not a coat color or marking, the odd-eyed Angora is one of the most highly prized examples of the breed.

25 Plants That Are Safe for Cats

Several plant species can be quite toxic and harmful for your cat. However, that doesn’t mean you have to forgo…
The category

Jaunty, hardy, and oh-so delightfully fluffy, the Siberian cat is a favorite of many cat lovers across the world. And…
The category

How to Get Your Cat to Sleep in a New Bed: Tips & Tricks

Saying that cats love to sleep is a bit of an understatement. Cats sleep between 15 and 20 hours each…