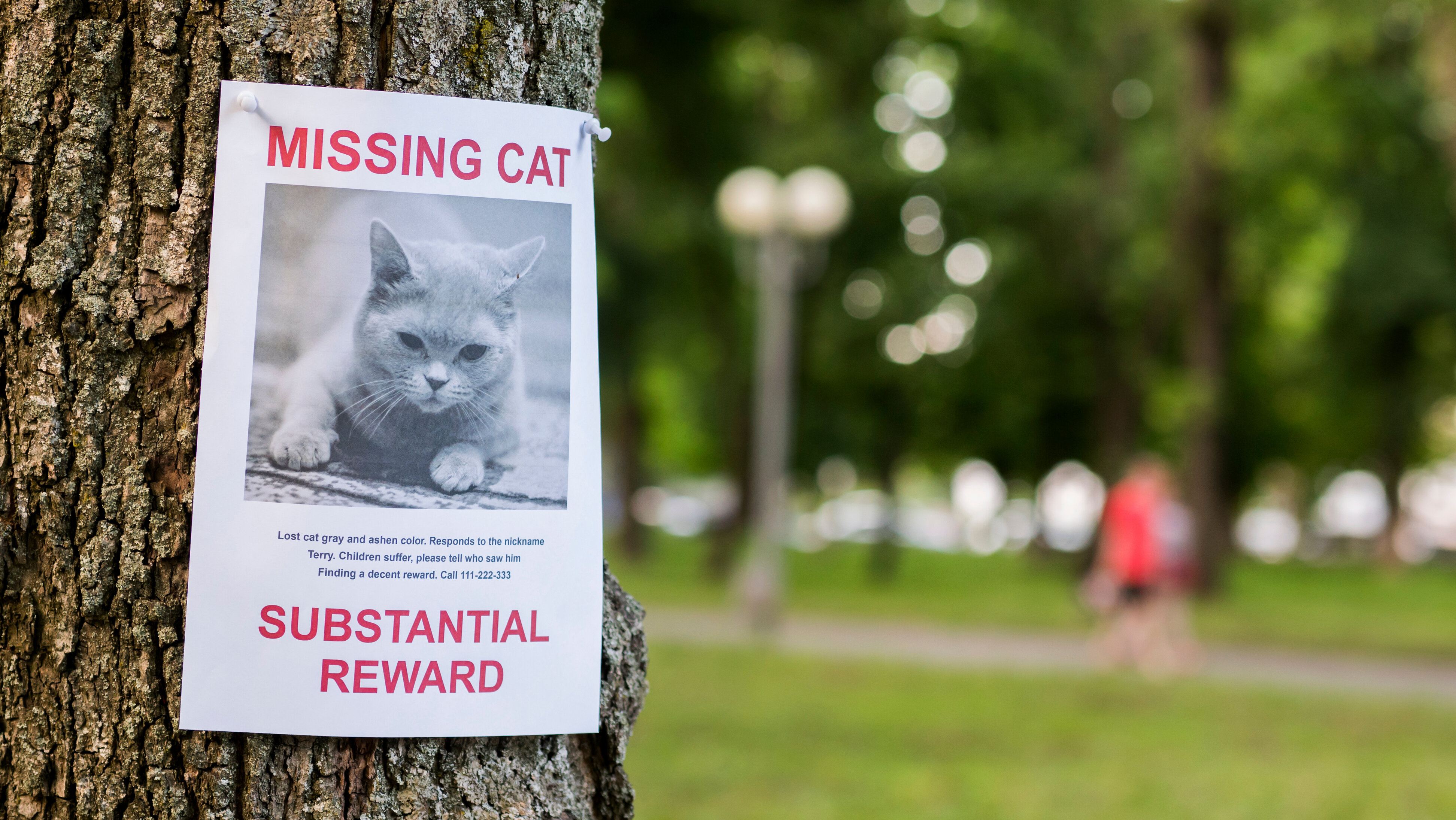 Having your cat go missing can be incredibly stressful, but what do you do if you see another cat running loose? Is it a feral cat or someone’s beloved pet who slipped through an open window?

In this article, we’ll take a look at the main steps you can take if you find a lost cat.

Here’s What to Do If You Find a Lost Cat

There are a few different things you can do if you see a lost cat, especially one that seems to be hanging around the same area. The first thing to work out is exactly what sort of lost cat it is! 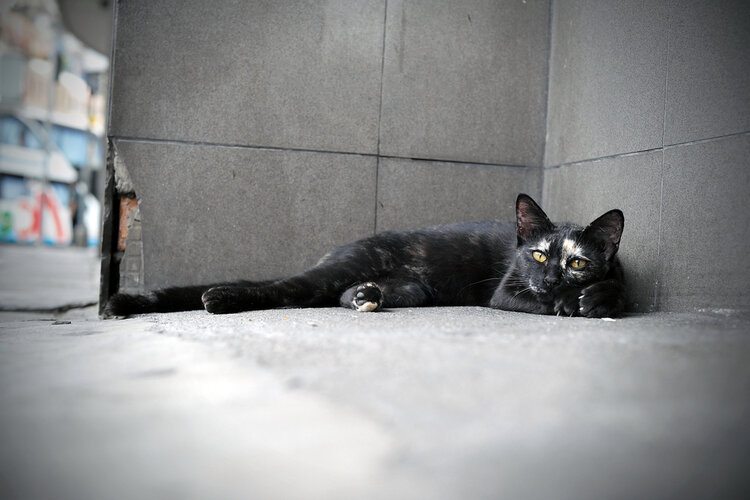 The first thing to do is determine if the cat is feral, stray, or lost. It’s usually easy to work out if a cat is feral, as they are often difficult to approach and unused to humans. Many charities have TNR (Trap, Neuter, Return) programs where they will catch feral cats using a humane trap, have them neutered, and then return them to their home territory. So, if the cat you’ve seen is marked with a small cut to one of their ear tips, they’re probably a feral that has been neutered or spayed and then released.

Feral cats will usually be seen in groups, whereas a stray or lost cat is more likely to be on its own. Feral cats won’t usually look like they need help unless they’ve been injured. They also won’t usually appreciate being caught, so these animals are best left to their own devices. If you see an injured feral cat but can’t get close or you would like to find out more about how to help your local colony of feral cats, it’s best to speak to an animal shelter or charity in your area to see if they need any help.

A stray cat is a domestic kitty who did have a home but has been lost for so long that they’ve now become stray rather than temporarily lost. Sadly, cats are sometimes abandoned, so a stray cat can end up on the street in this way as well. These cats probably need your help as much as a lost cat, so we’ll consider them in the same category.

A lost cat may have a collar and be much happier to approach humans than a feral cat would. They might be vocal and be seen wandering around during the daytime, while you’re more likely to see a feral cat at night. Lost and stray cats may look bedraggled and scruffy, as they’re not used to dealing with the dirt of living on the streets.

If you’ve established that the cat in question is a stray or lost, see if you can safely catch the cat. Often, these kitties will be quite keen for human contact, especially if you leave out tasty treats.

The first thing to check once you can get close is whether the cat is wearing a collar, and if so, does it still have the owner’s contact information on it? If so, you can simply give them a call and let them know that you’ve found their kitty safe and well. Sometimes a lost cat story will have a happy ending right here, but usually, there will be a few more steps!

A lost cat without a collar may be an indoor cat who escaped or simply pulled their collar off on something. If you can safely do so, see if you can catch the cat in a carrier. Some lost cats will be only too happy to head for such a familiar comfort! Others may need a little persuasion or will be happier going into your garage for food, and you can then pop them in a carrier from there.

If you can’t catch the cat but can see a collar or other signs that this is a lost or stray cat, try to take a photo of the cat or make a note of distinctive markings, and then call your local animal shelter to ask for advice.

Once you’ve got the cat secured, make sure they have access to food and water. Now you can call your local animal shelter, animal control, or your veterinarian. Animal shelters will usually keep a “found pets” file and can add the details of the cat. This is the first place that most people will call when trying to locate their lost pet, so making sure the cat you found is included in their database is important.

4. Scan the cat for a microchip

Microchips contain an ID number that can be read with a scanner. This can then be cross-referenced against an owner database. This will list all the contact details of the cat’s owner. If the cat has been recently lost and the information on the microchip is up to date, this is the quickest and easiest way to reunite a lost cat with their owner.

5. Take the cat to your local animal shelter

If the cat’s microchip isn’t up to date or they don’t have one, the best place to leave the cat is with your local animal shelter. This is the first place that most people with a lost cat will contact.

Another thing that you might want to do is to post advertisements online or put flyers up in your local neighborhood. Use the number of the animal shelter where you left the cat at as the contact details. If the owner does come forward, the animal shelter will usually ask for additional proof, such as veterinary records and photos of the cat to prove ownership.

You can also post on a database like Pet Amber Alert, which records lost pets and might be able to match one to the description of the cat that you found.

7. Keep in touch with the animal shelter

If an animal shelter does agree to take the cat you found in, it’s a good idea to keep in touch with them to find out if the cat’s owner is found. If the microchip details aren’t up to date and there is no response to online or physical adverts, then after a certain period, the cat may be put up for adoption.

Maybe you’ve grown attached to this sweet kitty and could offer them a home yourself. Or perhaps you know of a friend or family member who would love a new companion. Choosing to rehome an older cat rather than buy a kitten from a breeder is a wonderful way to help a cat who may otherwise end up in a shelter waiting for a new home. Plus, the warm and fuzzy feeling you get from rehoming an older cat is a wonderful reward!

Lost cats don’t usually adapt to life on the streets as well as a feral cat does, so while it can be a bit of effort to help a lost kitty, taking the time to try and get them off the streets is worth it!

If your cat happened to get lost, you’d be desperately hoping that someone else would do the same for them. Also, you never know, you might end up falling in love with the lost cat you found that doesn’t have a home that can be traced, and decide to welcome them into yours instead!