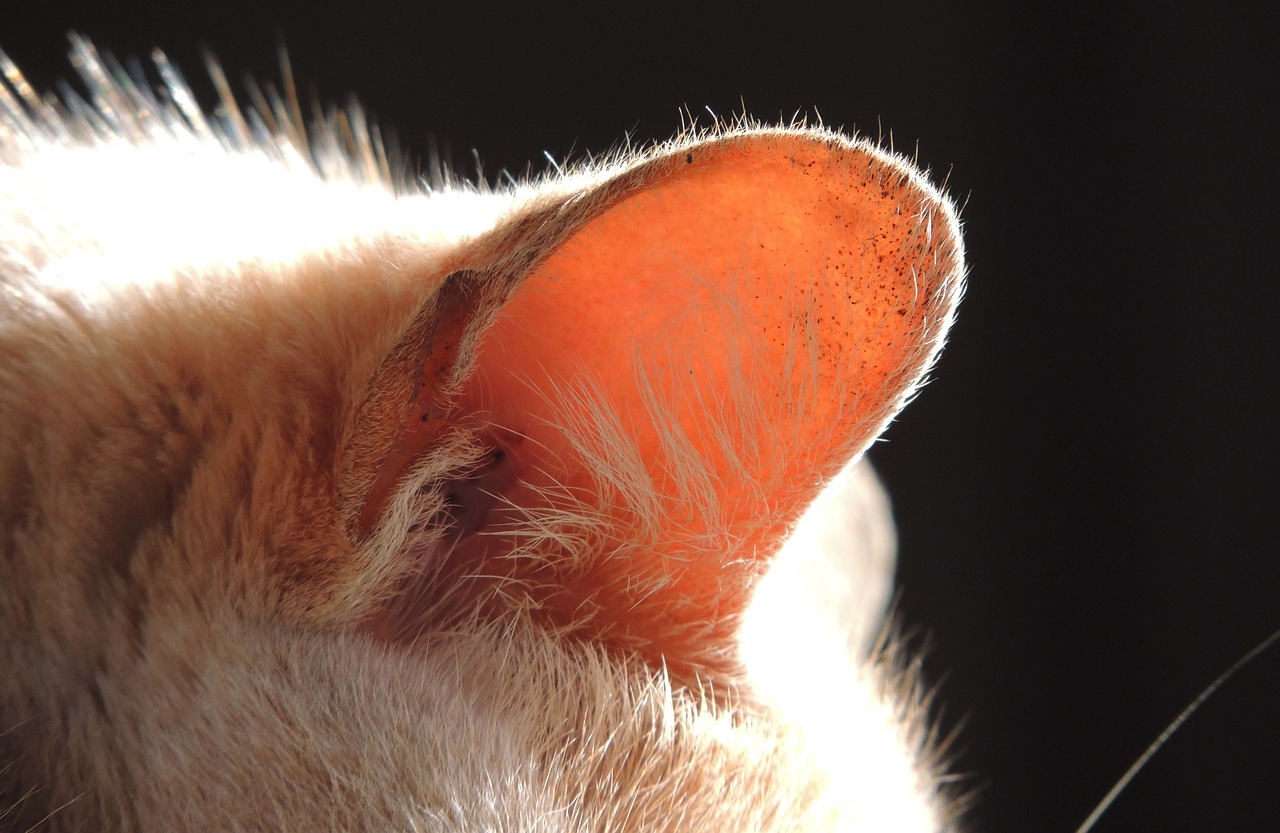 You may find yourself petting your beloved kitty, only to feel that their ears are abnormally hot. This can be worrying, especially if it’s something that you’ve never noticed before. Is it normal for your cat’s ears to be hot? After all, how much attention have you really paid to the temperature of your cat’s ears?

Firstly, cats are naturally warm creatures, and their natural body temperature is a few degrees higher than a human’s. With this in mind, it’s perfectly natural for your cat’s ears to be warmer than you’d expect. That said, there are potential concerns if your cat’s ears are far hotter than normal, as this could indicate underlying health issues.

In this article, we’ll look at the potential reasons that your cat’s ears are hotter than normal, as well as solutions. Let’s get started!

If you’ve suddenly noticed that your cat’s ears are hot, there is usually no reason to panic. Few owners pay much attention to the temperature of their cat’s ears, and it may simply be that you’ve only now taken notice. Cats are naturally warm creatures, and their baseline, natural body temperature is a few degrees higher than a human’s — in fact, anything up to 102.5° F is considered perfectly normal.

A cat’s ear temperature will fluctuate depending on the surrounding temperature. Their ears are very thin, exposed, and not covered by much fur, making them particularly susceptible to outside temperature fluctuations. The same is true of their nose, paws, and tail. During warmer weather, blood flow increases to these parts of your cat’s body to release excess heat from their body, and during colder months, the opposite happens.

This may be the reason that you have noticed a sudden increase in the temperature of your cat’s ears: You may have only started noticing the change during warmer weather. In this case, there is nothing to be concerned about, it is just a natural part of your cat’s temperature regulation.

The natural initial reaction of most cat owners to their cat’s hot ears is a fever — after all, a temperature rise in humans usually indicates a fever, which is the body’s way of fighting off illness. While this may indeed be a fever resulting from an underlying illness, even then, there is usually nothing to be overly concerned about and there is no reason to rush off to the vet. A fever is your cat’s natural way of fighting off a mild illness or infection, and you’ll likely notice your cat resting in cooler areas.

If your cat’s fever is accompanied by other symptoms, like a lack of appetite, lethargy, and heat on other parts of their body, there may something more serious at hand. Check underneath your cat’s arms and stomach, and if those places are also abnormally hot, your cat is likely suffering from a fever. If this fever is accompanied by symptoms like rapid breathing, decreased grooming and appetite, and decreased drinking, there may be a more serious health issue that needs to be tended to by a vet.

You may be wondering if your cat’s hot ears are due to an infection of some kind. It’s important to note that viral infections tend to come and go fairly quickly, and fevers caused by bacterial infections are usually accompanied by an obvious injury or wound or possibly swelling if the infection is internal.

This means that if your cat is suffering from a viral infection, there is little reason to worry because your cat’s immune system will usually deal with it within a day or two. If this fever lasts for more than 3 or 4 days and is accompanied by the previously mentioned symptoms, however, a checkup with your vet is necessary. Bacterial infections almost always have accompanying symptoms, like swelling or an injury, and are usually easy to diagnose.

There is anecdotal evidence that warmer ears in your cat may be due to an ear infection of some kind or possibly ear mites. That said, this temperature rise is more likely due to your cat’s constant scratching and rubbing. Lastly, a build-up of earwax or an external blockage can decrease ventilation in your cat’s ear canal and possibly raise the temperature of your cat’s ear. Again, this will be accompanied by redness, swelling, constant fussing by your cat, and even discharge and not isolated warmth on its own.

There is evidence that your cat’s ears may feel warm to the touch if they are overly stressed. This could be from moving to a new house, a new pet in the home, or any drastic changes to their lives.

If your cat is not showing any signs of illness and there have not been any drastic changes in their behavior, there is likely no reason to worry if they have hotter than normal ears. Most of the time, it is simply an adaptation to the temperature in their immediate environment and will likely change as soon as the temperature does.

Of course, if your cat’s hot ears are accompanied by any other worrying symptoms, there may be a good reason for a vet visit.

Ocicat vs Bengal: What’s the Difference? (With Pictures)

With their wild and exotic appearance, both the Bengal and the Ocicat look as though they’ve just stepped out of…
The category

Can Cats Eat Potatoes? Everything You Need to Know!

Cats are obligate carnivores. This means that for them to survive, they require nutrients that can only be found in…
The category

When you take a cat into your home, most of us do it for the companionship, cuteness, cuddles, and funny…